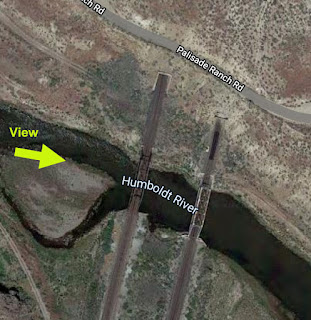 The next expansion of the layout will include this scene.   This is one of the most photographed areas on the prototype.  On the layout the scene will be viewed from the left as indicated by the arrow and after entering the tunnel portals the tracks will cross the lift bridge which was the subject of this recent post.  I already have the two  bridges and those were featured in this post.  Now it's time to create the tunnel portals. 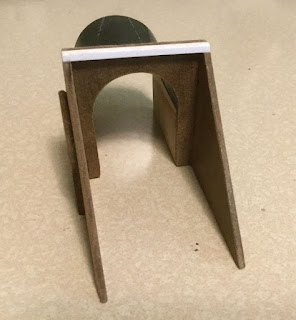 This will be the portal for the SP line which is on the left in the above reference photo.  The curved top of the tunnel liner was made by cutting a section of 1-1/2 ABS drain pipe in half then adding sidewalls of 1/4 inch plywood.  The face and angled retaining walls are 1/8 inch hard board and a scrap of .060 x .060 styrene strip finishes the top. 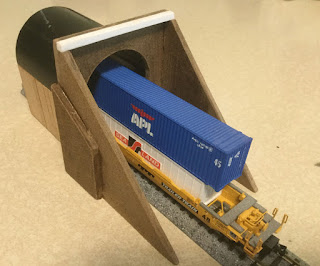 Once the basic structures were finished the tunnel portals were placed over a straight section of track on the layout and all of the larger rolling stock were driven through to verify that they would clear. 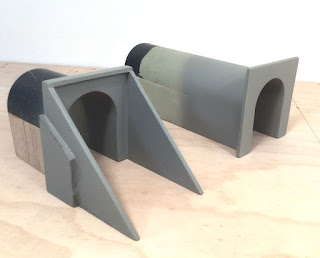 The portal for the WP line was made the same way but without the wing walls.  It is longer and more of the top is finished as it will be exposed.  Both were painted with Testors concrete acrylic paint.  They will get a light smoke weathering and another pair will be needed later on the other end of the tunnel.

Posted by nscalestation at 7:13 AM