It's been a few months since I posted anything on this layout blog.  Again, most of my model railroading time has been taken up with module projects and some DCC installs but that is also rewarding.  The train room has now been through a summer and has been very pleasant to work in.  On some days it is actually cooler than in the house.  Also, as long as I keep the door to the garage closed dust is minimal.

The LED lighting for the layout has advanced to the point that I am beginning to build some permanent bench work.  I hope to post more on both of those subjects soon.  Recently I installed a large display case along the wall between where the lower staging yard will and the highest point on the layout. 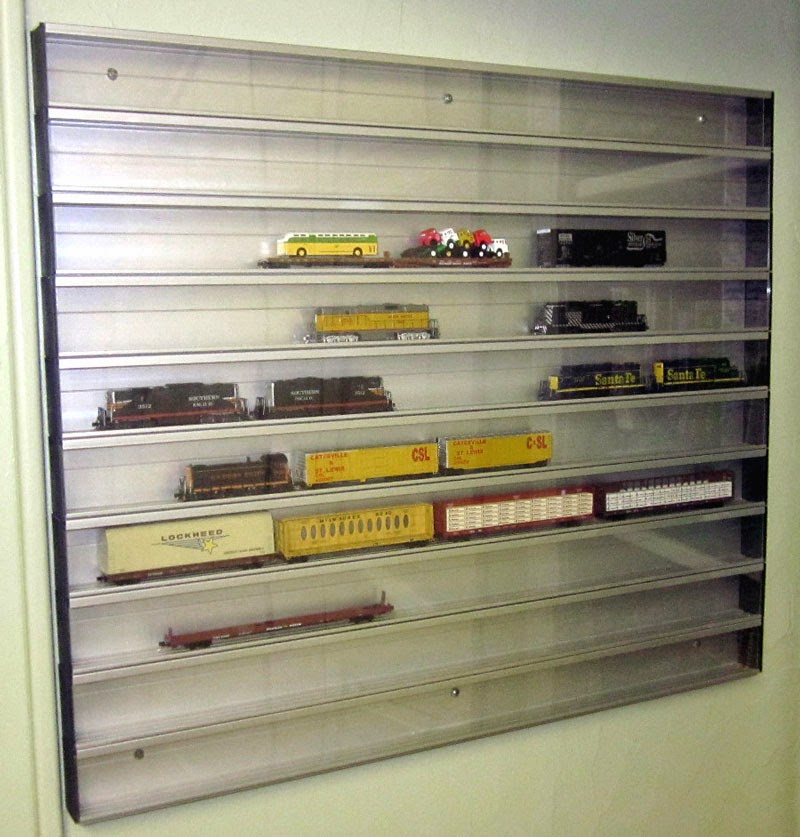 Several years ago my wife gave me as a Christmas present this Showcase Express display case for my n scale trains.  This is the set that has 10 two foot long sections.

This system uses specially made aluminum channels that interlock when stacked on top of each other.  It's a flexible system.

I really like this one so when I had the chance to buy the set of 10 four foot long sections I knew just where I could use it in the new train room. 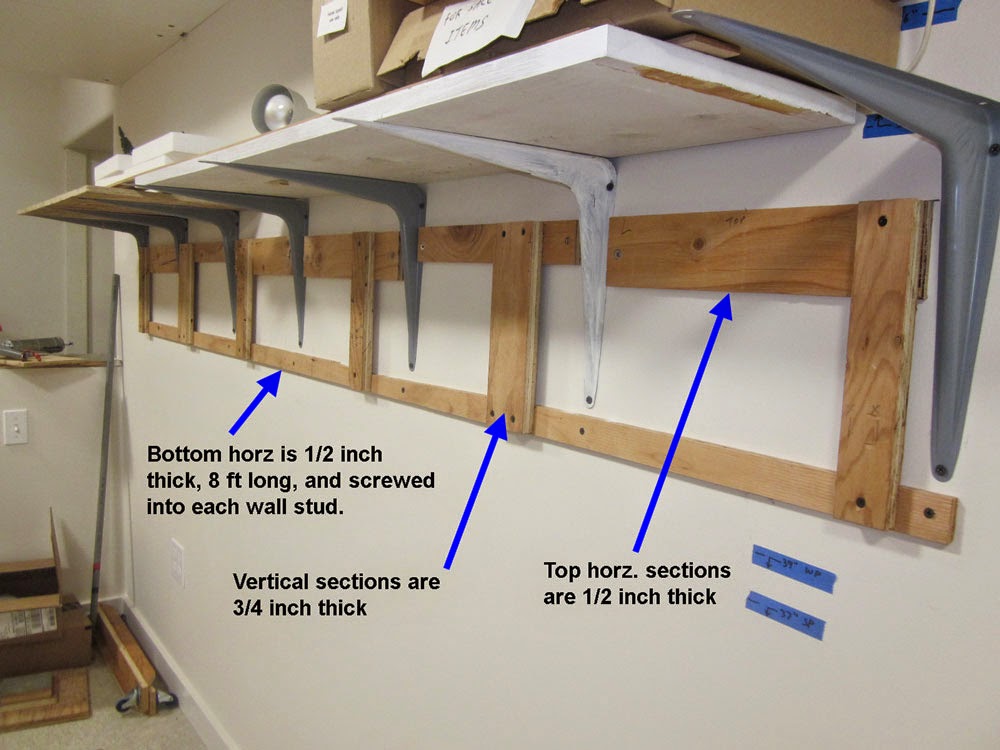 The goal is to mount this set as 2 sets of 5 high placed end to end.  I had already installed some shelf brackets that will support the east end of the layout which will be Carlin.  In order to mount these display case channels, I needed to build a frame that would allow the case to clear those brackets and still be securely mounted to the wall. 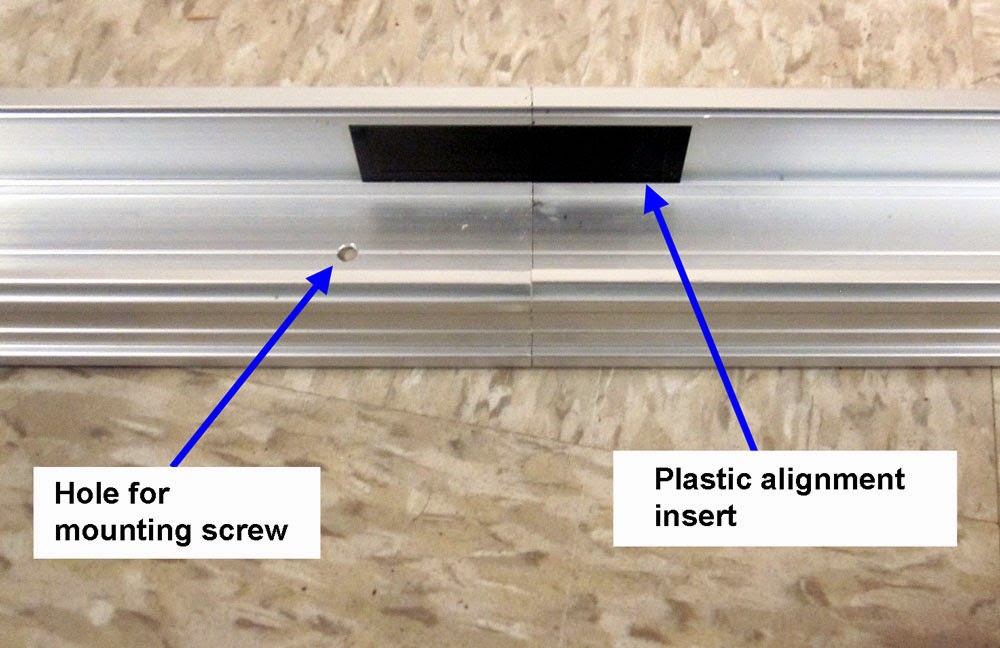 The channels have a groove along the back that help guide where the mounting holes will go.  I aligned these with the vertical sections on the frame I built.  There is also black plastic links that can be fitted to the top of the inside of adjoining channels. 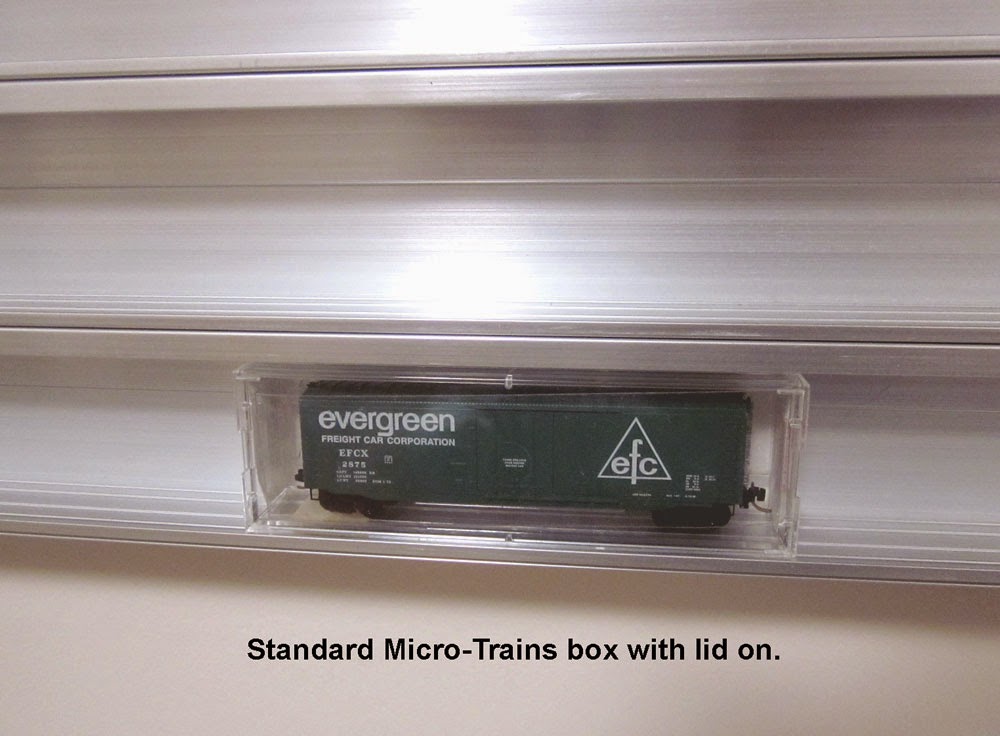 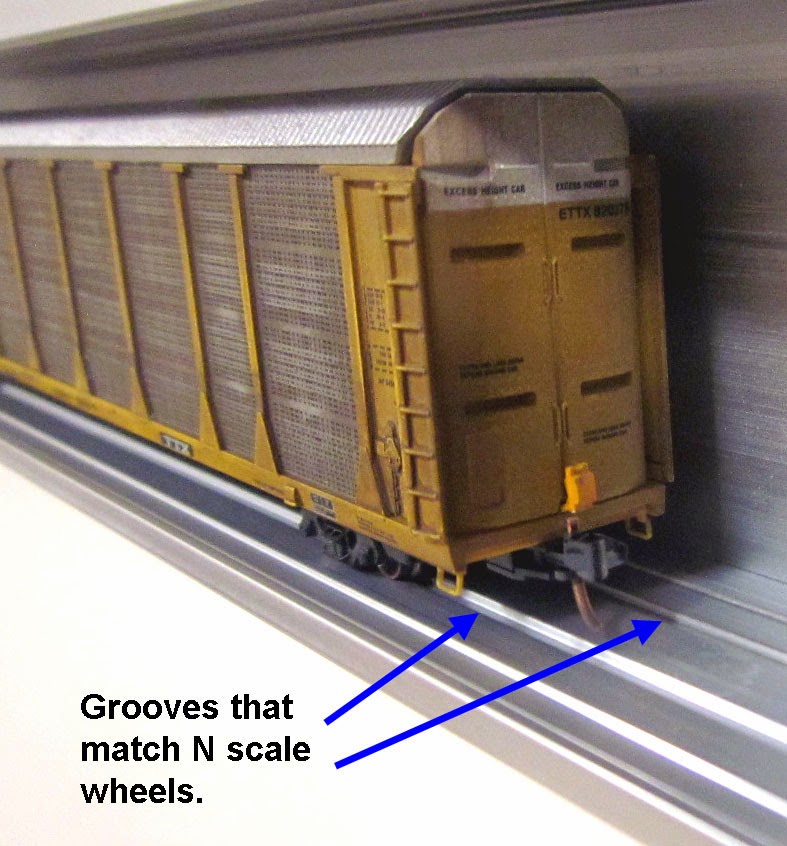 The way I prefer to use these display cases is to put the locomotives and rail cars directly into the case without their boxes.  There are a pair of grooves on the bottom of each channel that are a perfect match to N scale wheels.

Here is the display case with all 10 of the 4 foot sections mounted temporarily in place with a complete train placed in the bottom channel.  Hey ! that's just about how long a train is going to be on this layout.  With these being just above the staging yard and the layout being multiple eras, I plan to park the out of era items on these display case channels.  Before mounting these permanently I need to get the shelf that will support the Carlin section of the layout in place.

Posted by nscalestation at 11:27 PM