Look at a photo of any 20th century railroad line and you will see line side poles of some kind. These have been used to carry the wires that have done many things for the railroad including telegraph, telephone, signal control, remote turnout control, etc.  As the railroads adopted newer technology many of these overhead wires were no longer needed.  Often the poles have remained.

After working with a few different types of poles over the years on various layouts I have decided to used the Atlas 2801 Telephone pole sets as line side poles on this layout. 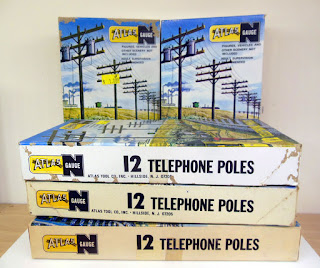 As I have known I would need quite a few of these poles on this layout, I always have my eye out for any deals on ebay or at train shows for the Atlas 2801 telephone pole set.

Recently I found a stash of Atlas poles at a train show which I ended up paying $1.25 per box.  The boxes were quite beat up but the poles were just fine. 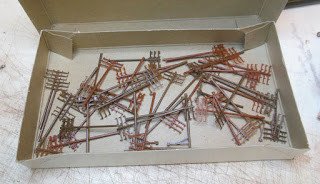 I normally combine multiple sets in a single box to save space.  The color of the stock poles vary from set to set which can be seen in this photo so I paint them Testors roof brown. 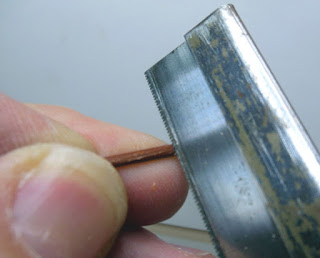 Before painting I cut off the trolley wire supports on the poles that have them and clean up any mold lines for flash.  Then I run my razor saw down the length of pole to give it a more wood look. 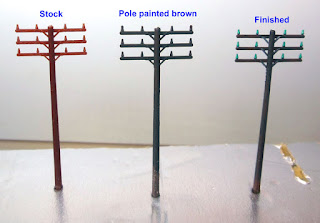 Posted by nscalestation at 3:49 PM 2 comments: