Evolution of LED lighting for layouts

From the first time I saw a bright white LED in a locomotive I have been fascinated with the idea of using them to light model building interiors, street lights, vehicle head lights, or anything else where a light bulb would be used on a layout.  Another area that I have wanted to use these is for layout lighting.

With this layout being in a garage without any air conditioning, I was really concerned about any waste heat being generated by the room and layout lighting.   The technology is hitting main stream lately with the products becoming more practical and more affordable.  The room that the layout is in is lighted with 3 LED light fixtures with great results.  To light the layout itself, here are some products I've experimented with. 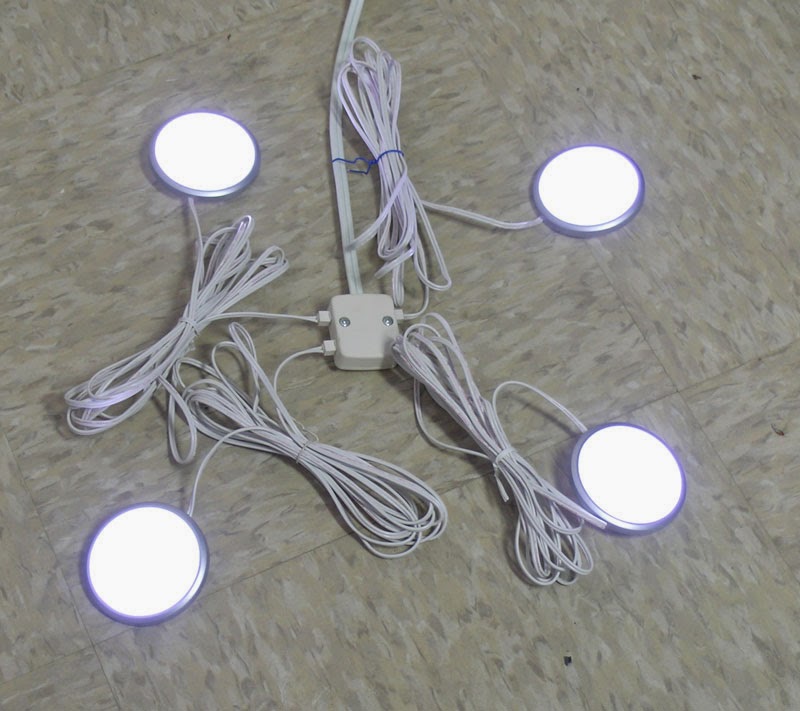 It must have been about 10 years ago now that I picked up this set at Ikea for about 35 dollars to use under some cabinets to light part of my California Northwestern layout.

While this did work rather well to light up a small part of that layout it were not practical due to cost. 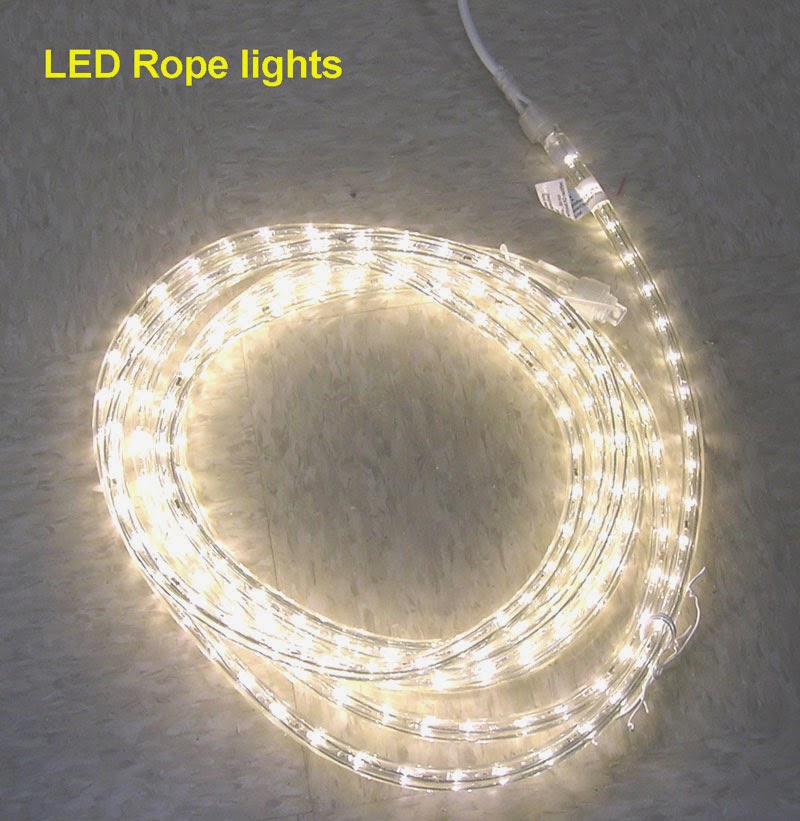 I got this 18 foot long LED rope light for about 10 dollars at Costco last year.  The price was better but a single rope was not going to give off enough light so it might take several of these running side by side to light an 18 foot section of the layout. 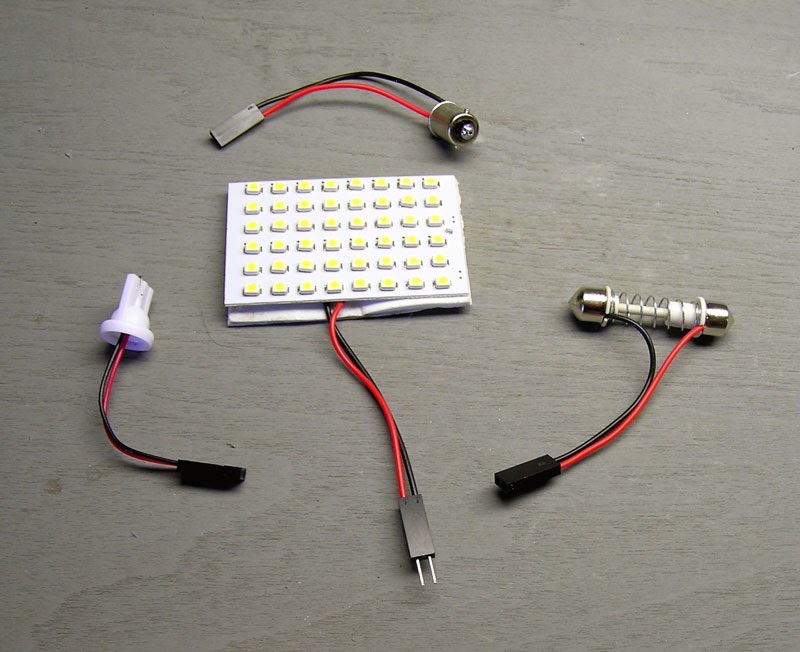 Looking for LED replacements for the interior lights in our travel trailer I found this product on ebay. There are a total of 48 LED's on a small circuit board with a 2 pin connector.  The kit includes 3 different types of automotive bulb type bases with connectors.  After buying a few to try out they seemed very promising so I bought a larger order and was able to get them for about 2 dollars each.


In my next post I'll show what I've been doing with these to further determine their sustainability for lighting my layout.

Posted by nscalestation at 10:33 PM No comments:

Layout version 4 - turning everything around

While I liked the last layout design, there was one big problem with it.  The primary staging yard for this layout needed to be on the west end of the layout.  Up to now my orientation for the layout was looking north, left is west and right is east.  Following this orientation the west end staging yard would be on the shorter wall not allowing enough space for primary staging. 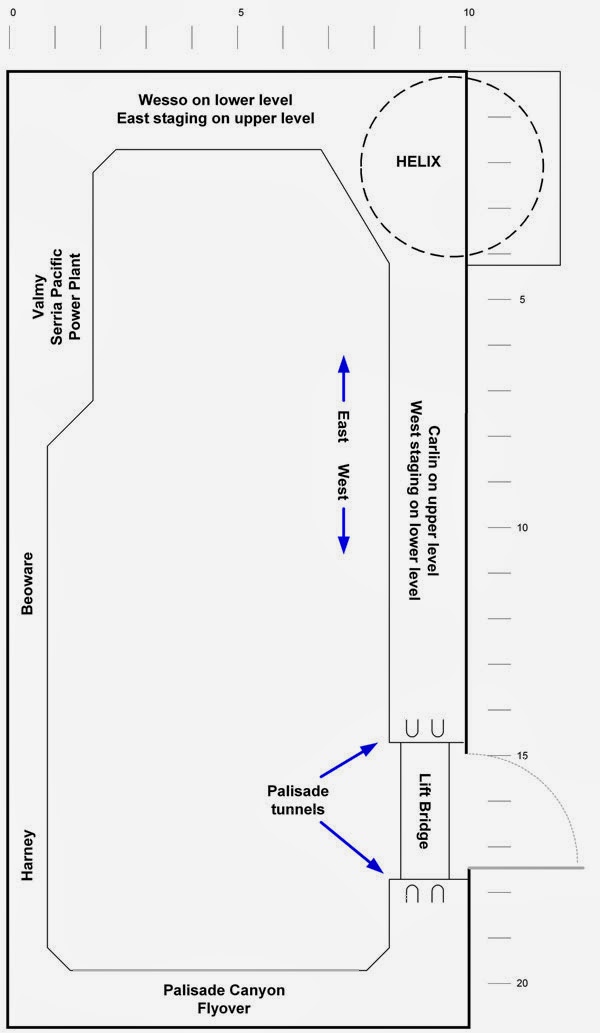 The solution was to turn everything around so that the orientation was looking south, with left being east and right being west.  This drawing shows this new arrangement without the track itself being shown.

Because in this configuration the Palisade tunnels would be on the other side of the room, I decided to use the tunnels to disguise the lift bridge at the entry door.

Another change is that the bump out for the helix was reduced from 4 feet to 2 feet after I realized that the modeled scenes could be extended onto the first turns of the helix so the space is not really wasted.


This drawing reflects how the room was actually built so while this may not be the final version of the layout, additional changes will need to fit within this space.

At this point in early 2014, the blog postings have caught up with the events. Future posts should all be "current events".

Posted by nscalestation at 9:41 AM No comments: