It if often said that a higher layout height gives a much more realistic view of the railroad.  While agreeing with that concept I am also aware that it makes it more difficult to see the position of the points on any turnouts compared to a layout that is lower especially if the turnout is not close the the edge of the layout.   On the Battle Mountain section of the layout I have a long siding and 4 industrial spurs for a total of 6 turnouts.   These turnouts will be controlled by push / pull rods and all are toward the back about 12 inches from the edge.  So I decided I needed some indication of the point position near the control for each turnout. 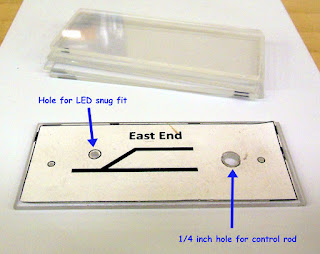 There will be 6 acrylic panels sized 1.5 x 3.75 inches.  They will be distributed along the front edge of the layout in line with their turnouts.  A paper drawing can be placed under each panel.

A 7th panel is the master for hole locations on the panels and in the front frame of the layout. 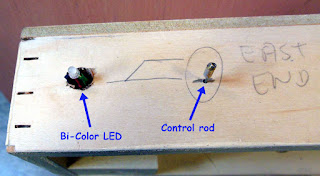 I am using a bi-color Red / Green LED connected to contacts on the slide switch that holds the points in place.  A hole was drilled in the front frame large enough for the LED to pass through. 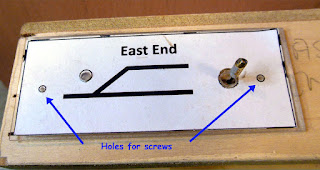 The panel can then be placed with the LED fitting snugly into the hole made for it in the panel.  The paper drawing is on the outside now but in the final version will be behind the panel. 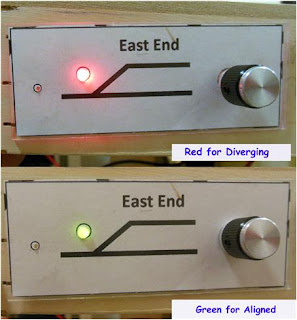 This pair of photos shows both the aligned and diverging conditions on a temporarily installed control panel for testing.  Once the knob is installs it covers the larger opening made for the 1/8 inch head of the control rod.

I have since added "Pull = Diverging / Push = Aligned" or "Pull = Aligned / Push = Diverging" at the bottom as the positions can be different depending on if the turnout is right hand or left hand. 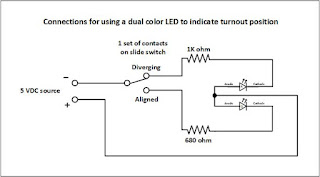 This is a diagram of how the LED is connected through the slide switch that holds the points.  The resistors are of different values as the red seemed brighter to my eye than the green with the same voltage so I gave it a larger resistor.

I am using a common anode LED.  When using a common cathode LED the voltage source polarity would be reversed.  These LED's will be powered by a 5 volt regulator circuit under the bench work which gets it's power from the 12 volt bus that runs through the layout.  The bi-color LED's are readily available on the Internet.  I get mine from www.led-switch.com.  They have a great selection of items for model railroad controls.
Posted by nscalestation at 11:53 AM 1 comment:

Battle Mountain will include the first actual buildings on this layout.  A start has been made on the first two.  They are both shallow relief flats and both are being scratch built.  I wanted to represent some good sized industries and am only modeling the parts that interface with the railroad.

The first industry is a large warehouse that is a scale 360 feet long.  It is intended to ship products by box car and can handle up to 4 at a time.  I plan to also have some interior detail visible through the open doors. 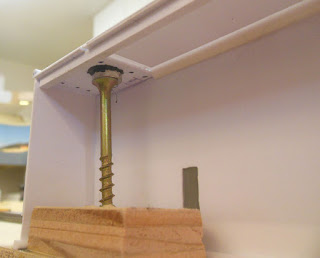 I tried something new with this one.  Because it is very close to the siding I did not want it loose but at the same time I wanted to be able to remove it in case of future maintenance needs.  So I am using two small magnets attached to the underside of the roof contacting long flat head screws.  It was easy to adjust the screws to get just the right height.

The second industry is a company that manufacturers industrial sized plastic pipe.  They ship their products by truck but receive plastic pellets by the car load.


This has been just a quick overview of these two industries.  As progress is made with these I will fill in more details and the story behind each of them in future posts.
Posted by nscalestation at 9:37 PM 1 comment:

For the Battle Mountain industries I want to have a hands on operation so the turnouts will be controlled by push / pull rods from the fascia.  This is something I had done on the Los Angeles Terminal District layout and saved all the components for use some day.  That day is here. 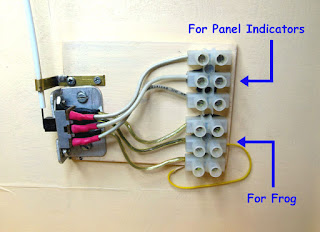 The control linkage goes to a DPDT slide switch that has a hole in it for the wire and another for another for a wire that goes up to the turnout.  The switch will hold the turnout points in position and provide electrical switching for frog power and for a turnout position indicator on a panel. 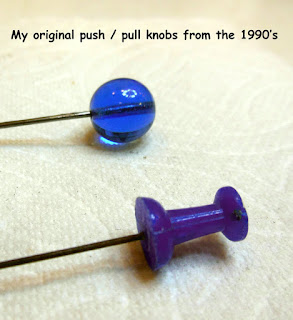 On the LATD layout and Ntrak modules I had first used glass beads attached to the end of .040 piano wire.  Then I switched to using push pin heads with the pin part removed.

Because I am adding a finished fascia to the front after installing the section into the layout this was going to require a different solution because I was going to need to remove the knob to put the fascia on. 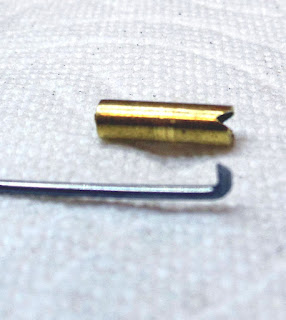 One of the common sizes for the shafts of electronic controls is 1/8 inch.  A short length of 1/8" brass tube was mounted at the end of the .040 music wire by notching one end of the tube, making a bend right at the end of the wire, then sliding the tube on from the other end until the bend stops it and rest in the notch.

Super glue can be used to attach the two metals securely and small set screws on the knob will hold it to the brass tube. 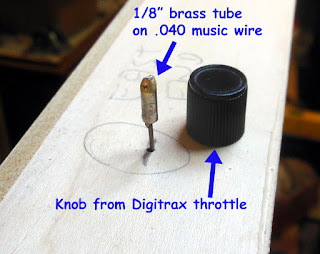 A knob was borrowed from a Digitrax throttle to test this.  After confirming that this would work, I visited an electronics surplus store in my area and picked up 20 similar knobs so I will hopefully have enough for the whole layout. 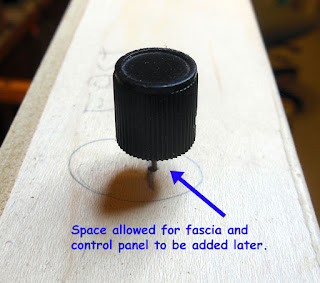 The knob can be removed to allow for the installation of the finished fascia and a small control panel after this section is installed in the layout.

Enough space is left between the knob in it's pushed in position and the frame to allow for the thickness of the fascia and control panel.

More on the control panels and indicator lights in a future post.

Posted by nscalestation at 7:58 AM 9 comments: