Over the summer I have been adding several new searchlight signals to the layout.  Track gaps were cut on the Western Pacific line near the Humboldt River rapids and on the Southern Pacific line between the skewed bridge and the viaduct.  Four more single target searchlight signals were built to provide coverage in both directions on both lines.  I have now made 6 of the single target signals and they go fairly quickly now.

On the Western Pacific line at the Humboldt River rapids 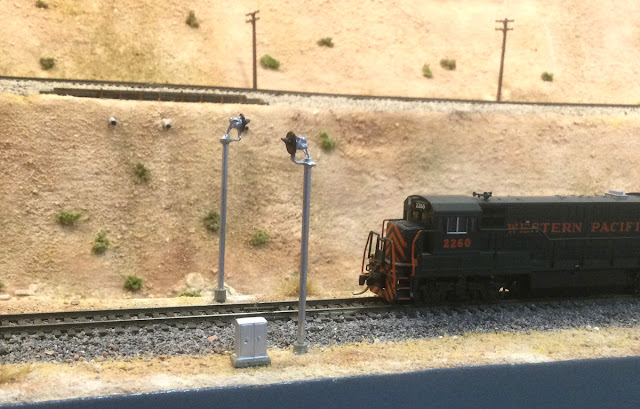 And on the Southern Pacific line 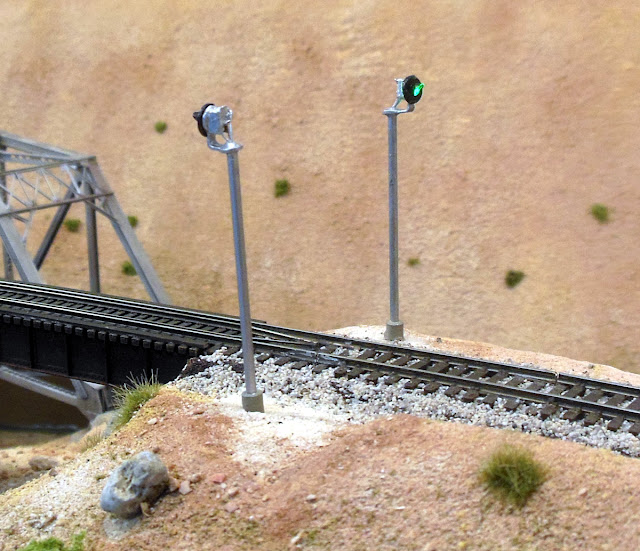 These additional blocks required a new pair of NCE BD20 sensors along with some low current relays to control the signals.  This is located under the staging yard near the PSX circuit breakers for these blocks. 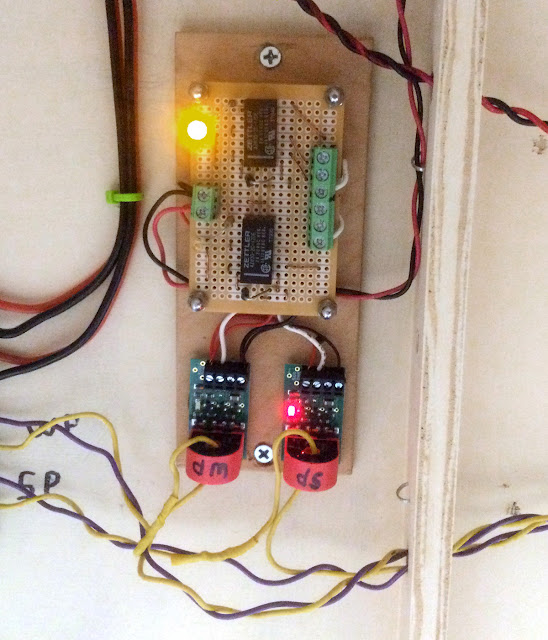 With these additional signals both main lines are covered from Winnemucca to the Palisade tunnels.  I still need to work on the intermediate signals around Battle Mountain and Weso that will indicate turnout positions.

Posted by nscalestation at 10:00 AM No comments: