One more post from our September trip to Montana and South Dakota.

Not far from the 1880 train depot and the rail museum in Hill City I spotted a trail shelter.  It was part of the 114 mile long trail that had once been the CB&Q / BN line through the Black Hills.

I photographed two of the signs at the trail head shelter in Hill City.  The images should be large enough to read when viewed in full size. 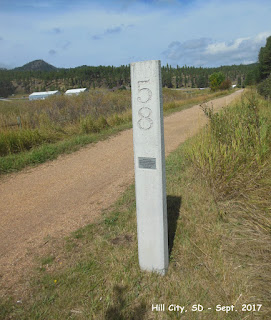 This trail also ran right next to the RV park we were camped at so that was my starting point for a little exploration. There was a mile marker post where I started that was marked 58 so that would put it almost in the middle of the old rail lines 114 mile length.

The RV park had lots of space for tent camping near the trail so I suspect in the warmer months those riding bicycles the length of the trail may make camp here. 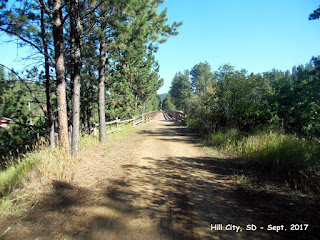 I was on foot and with a limited amount of time so I only walked about a half mile or so in each direction from our camp.

In the southward direction I came upon a bridge. 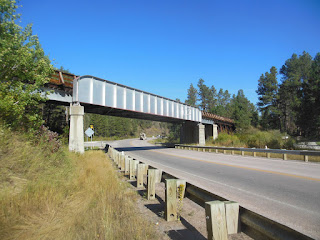 The trail bridge was built upon the old railroad thru girder bridge that goes over US highway 385. 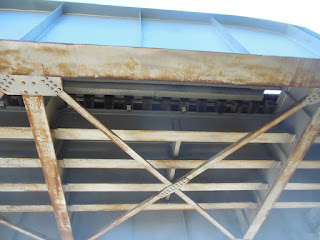 I was able to get under the bridge to look and take some photos.  It appeared that the railroad ties were still in place and that the deck for the bridge had been built on top of those.

Click This Link to find out more about this trail.