The design of this layout includes 2 reverse loops to turn trains around in the staging yard at the west end of the layout.  For those not familiar with reverse loops, here is a LINK to an article that explains it well. As I am moving along on the staging yard I realized that I have had very limited experience working with reverse loops.  I decided to use my already existing temporary layout that is on a shelf above my work bench to get that needed experience.  The layout uses Kato Unitrack so the changes would be easy. 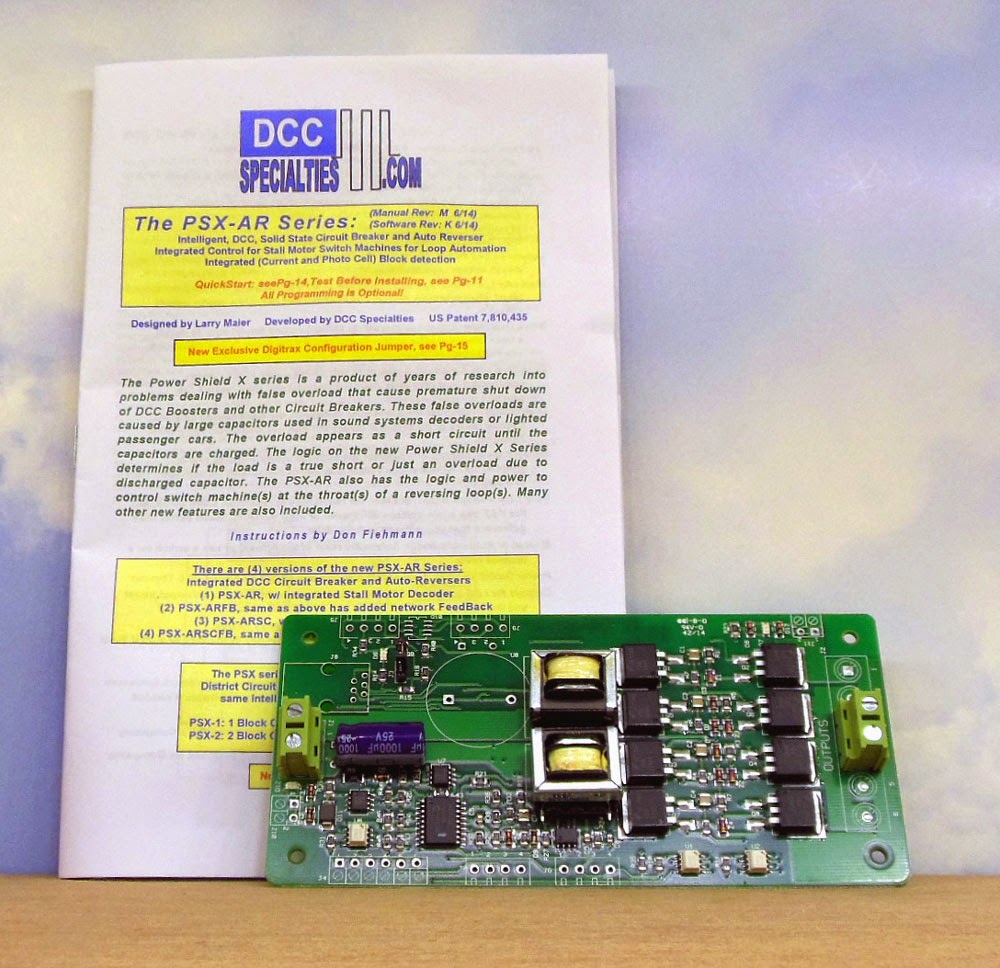 There are several products available to work with a DCC system that handle the polarity switching that has to take place.

As I had already worked with DCC Specialties PSX-1 circuit breakers and have been quite happy with them, I decided  to order their PSX-AR reverse loop circuit breaker to experiment with. This products senses the short that occurs and does the switching before the short gets to the DCC system.

I thought the simplest way to make a reverse loop would be to put a crossover in the middle of the loop.  But as I soon found out, this is actually two reverse loops and my test engine would stall when crossing the gaps.


Realizing that as long as there was a standard non reversing section in the middle, both reverse loops could be connected to the same PSX-AR.  So the next configuration was a double crossover as shown in the drawing below.  What I really liked about his arrangement was that it is almost identical to what is at Wesso junction and will be modeled on the main layout.

In this configuration the single engine ran fine through any turnout configuration but when I started a second engine it caused the stalling problem whenever both reached gaps at the same time.

So next a second PSX-AR was added as shown in this drawing.  Same test done with two engines running independently.  This time no hesitation when both were crossing the gaps at the same time.


The existing temporary layout had consisted of an oval that used 11 inch radius curves.  The layout shown in the drawings above used 9-3/4 inch radius curves and fit inside that existing layout.  Then I added a double crossover connecting the two loops and also added a siding along the back of the outer loop so there ends up being quite a bit of track in the small space.

Here's a view of the central part of the modified temporary layout where all the turnouts are.   Beyond this on either side is a double track balloon end.  I've been running up to three short trains at a time to test everything.  There can still be a stall if one engine is leaving a reverse loop section at the same time another engine is entering the same reverse loop section. 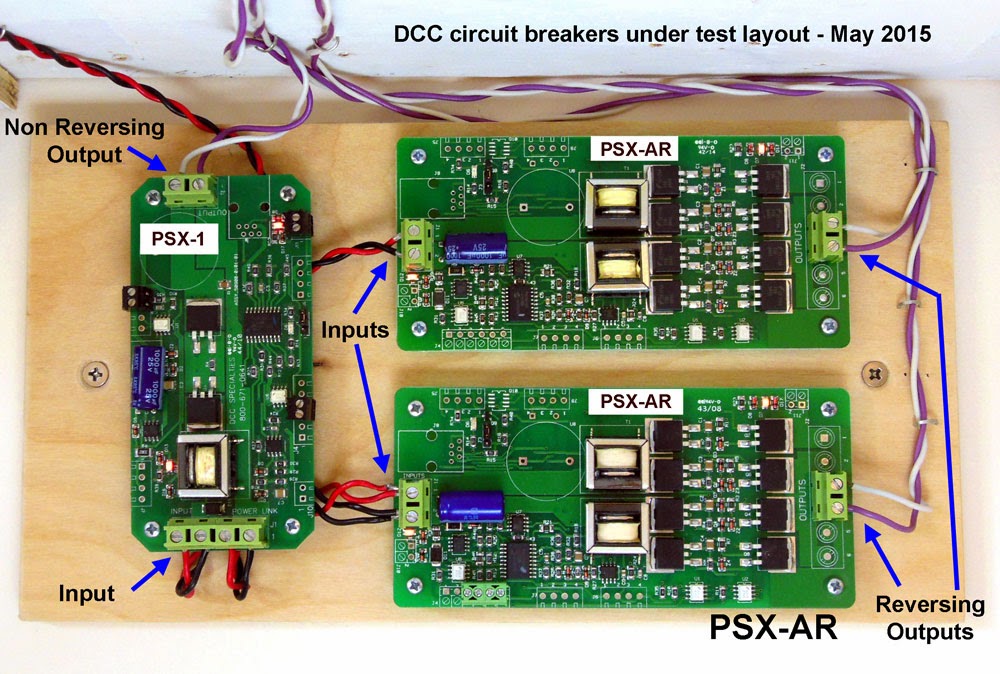 All three PSX circuit boards are mounted on a scrap of plywood on the wall under the layout to make it easier to see the status LED's on the boards.  There is also a provision on these boards to connect remote LED's as well as many other features that I have not yet explored.
Posted by nscalestation at 9:36 PM