I have one of those lighted magnifying glasses that is mounted on a folding arm to my work bench. This is the kind that has a circular fluorescent bulb with the magnifying glass in the middle and a push button to start.  The fluorescent bulb needed to be replaced, plus the starting circuit had been acting up for some time.  As there was nothing wrong mechanically with the lamp, I started to think about how it could be converted to LED's. 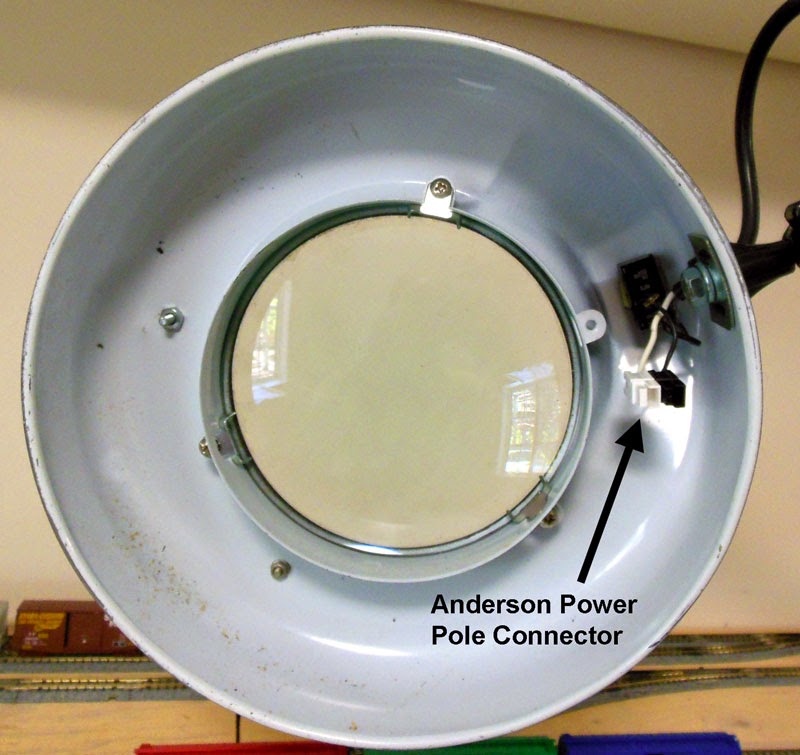 First step was to remove the fluorescent bulb and the clips that hold it in place.

Well actually, the very first step was to UNPLUG the lamp from the wall.

The push button switch was also removed and Anderson Power pole connectors were installed on the wires that were left. 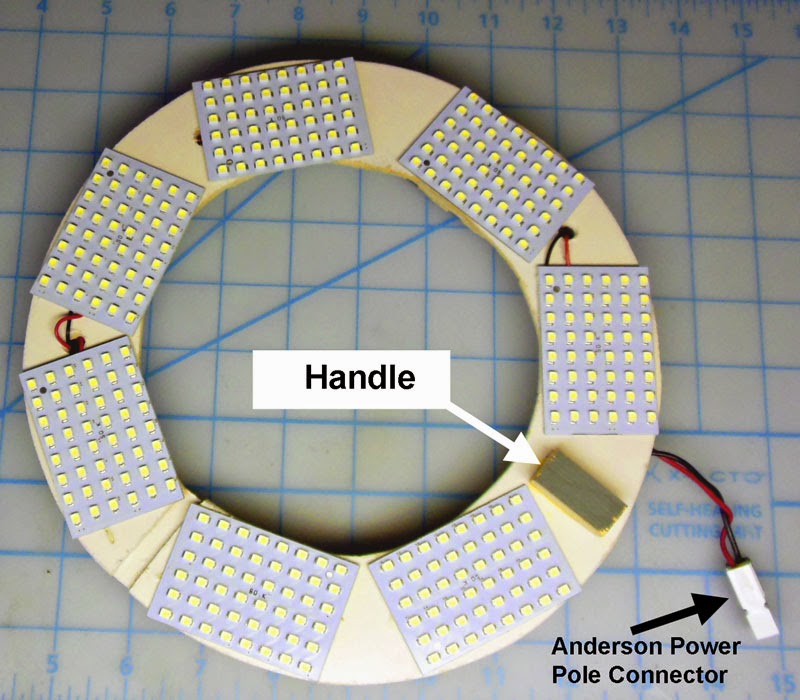 I made a ring from a scrap of Masonite that fit right in where the fluorescent bulb had been. The ring was spray painted glossy white so it would be more reflective.

The ring was able to accommodate 7 of the LED modules that I have been using for the layout lighting.  A small block of wood was attached to have a handle to remove the assembly from the lamp. 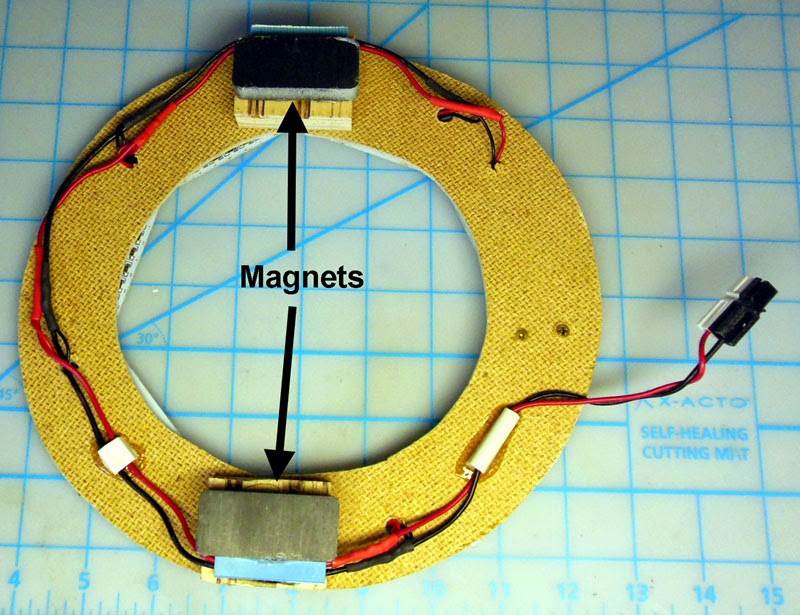 Here is the back side the the ring assembly.

Magnets were attached to the back side with adhesive and all of the lighting modules were wired in parallel with an Anderson Power pole connector at the end of the chain. 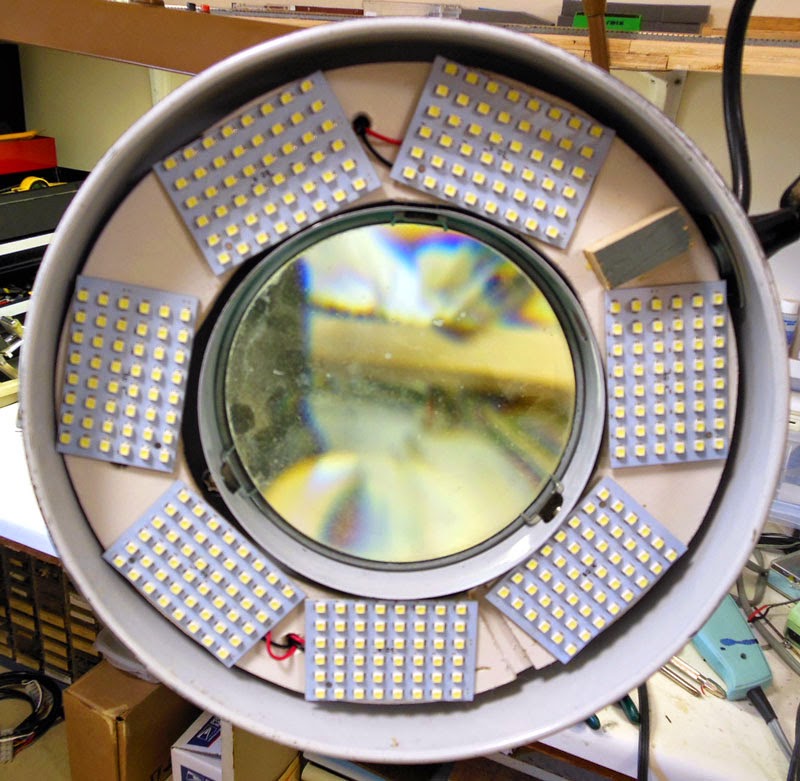 Here is the completed ring installed in the lamp.  The magnets are strong so just the two of them hold it in place.  The handle was first put on to help remove the ring but it was also helpful in getting the ring into the right position. 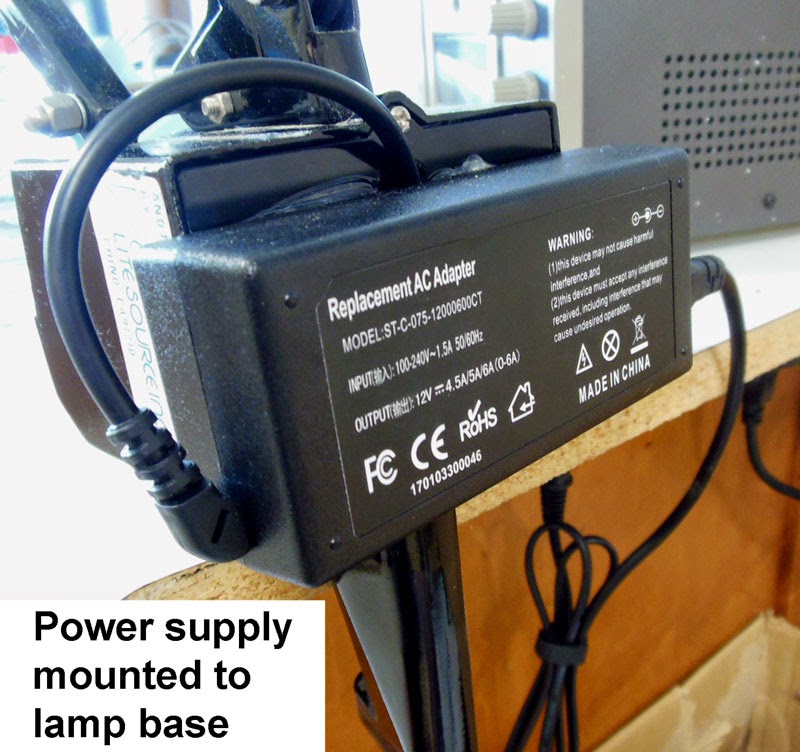 The base of the lamp had a small box that contained the ballast transformer and this is where the AC cord connected.

I removed the AC cord and transformer, then connected the output of one of the power supplies that are being used for the layout lighting.  It's a bit of an over kill for the 7 modules.  The power supply was then mounted to the base of the lamp with adhesive. 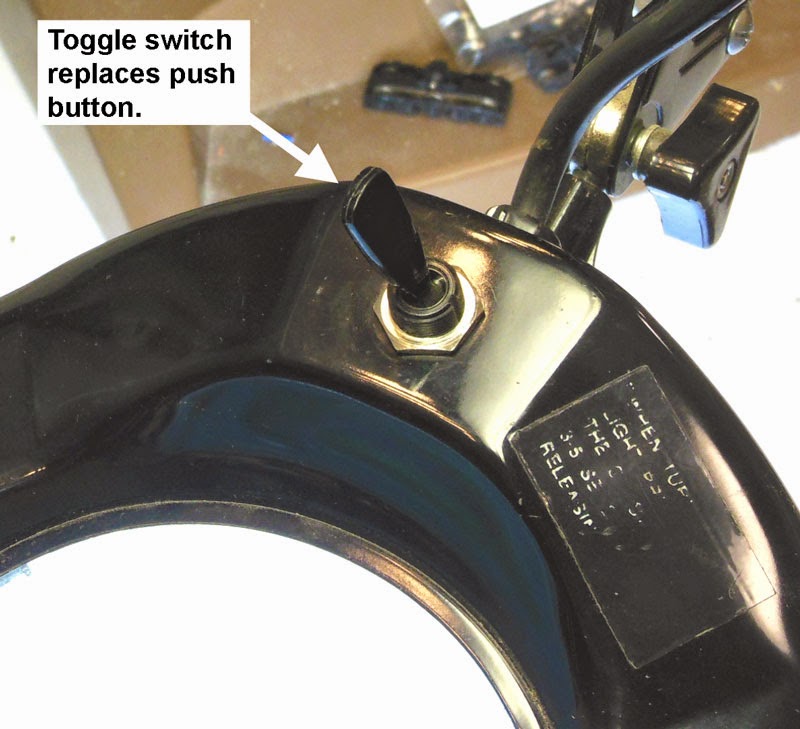 The push button that had been removed was replaced with a simple ON / OFF toggle switch. 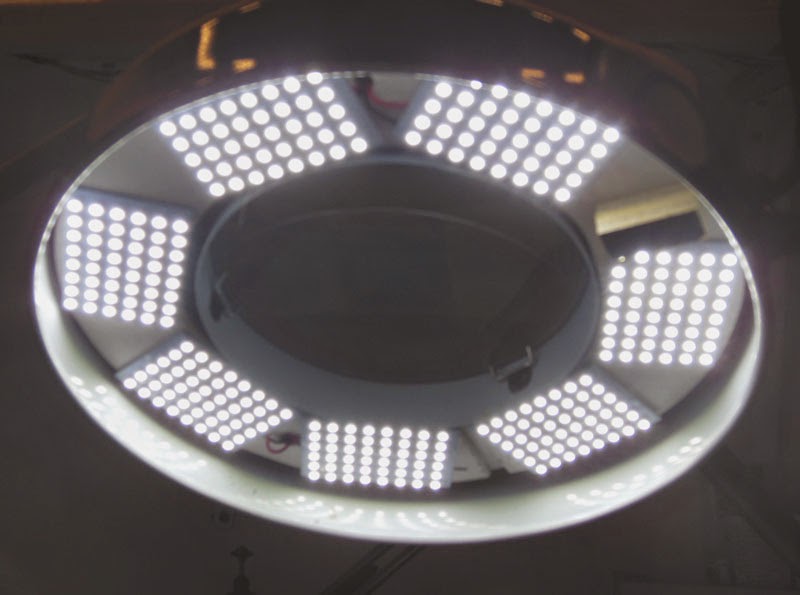 As can be seen in this photo the 7 LED modules provide plenty of light, I would say at least as much as the fluorescent bulb did.

In this view I think it looks a bit like an alien space ship.

Posted by nscalestation at 6:12 PM