Add a terminal strip to a Tortoise turnout motor 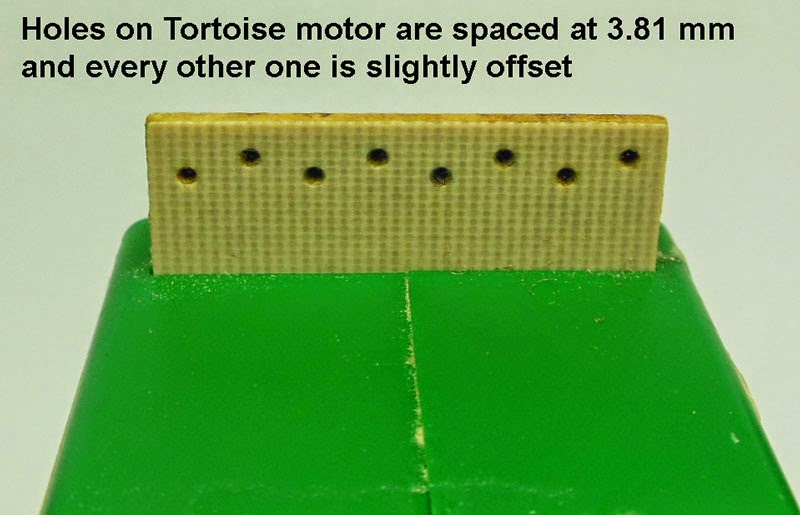 The PC board that sticks out of  the bottom of the Tortoise has 8 holes that correspond with the edge connectors that are on the other side.  After measuring the spacing between the holes at about 3.8mm I found a terminal strip I could mount directly to the turnout motor. 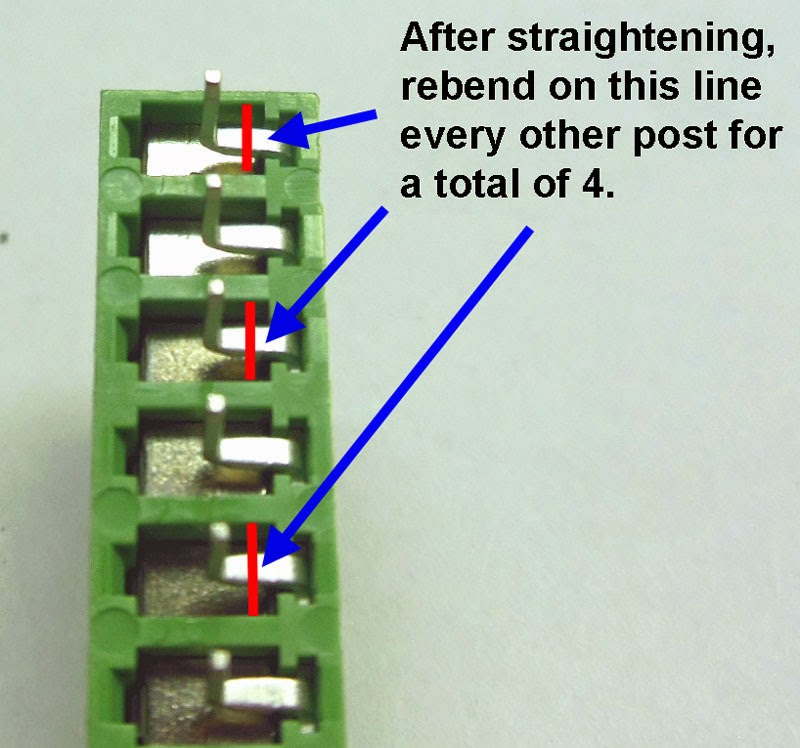 By straightening and then re-bending every other post on the terminal strip, the post can be made to align quite nicely with the holes on the Tortoise PC board. 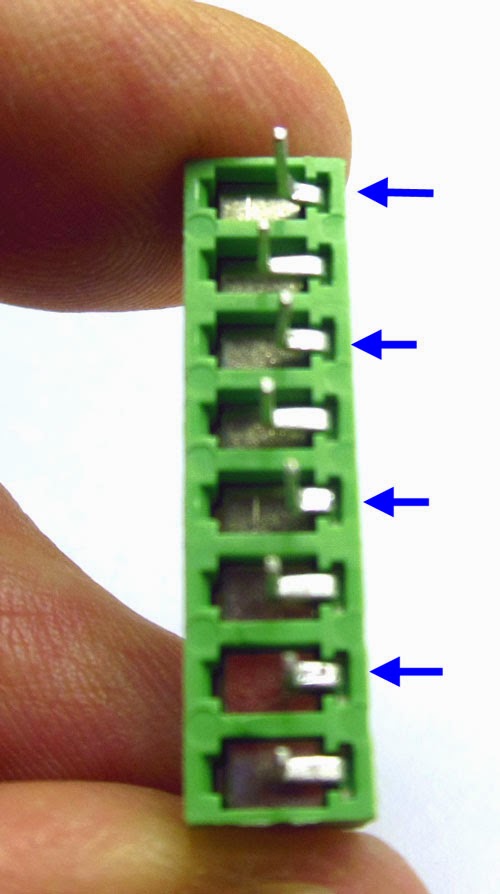 This photo shows how the posts will look after all of them have been re-aligned as described above.  The posts that were re-bent are the ones with the blue arrows.

After doing just one or two, I was able to do this very quickly and get them to fit perfectly in the holes.  Once soldered they were solidly mounted to the PC board. 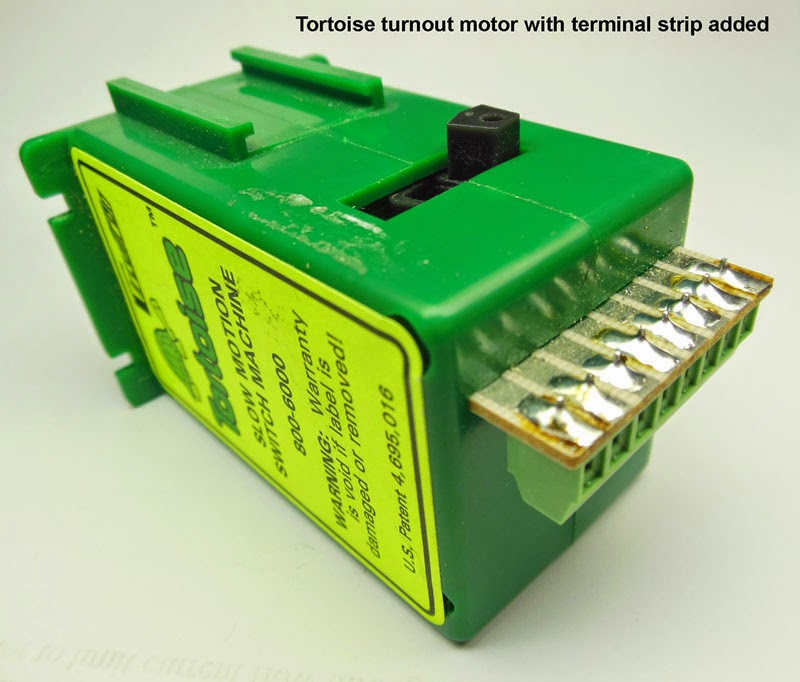 Here is the finished installation of the terminal strip with all 8 of the post soldered to the PC board.

I am always concerned about being able to access things on the layout.  This photo shows the orientation of the turnout motor the way one is done in my previous post.  The screw heads are pointed down and the wire holes are pointed out the end. 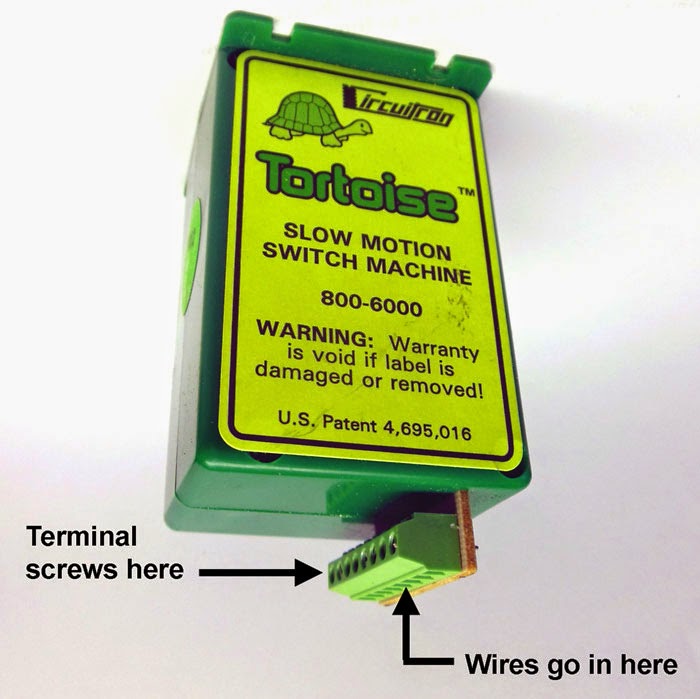 Here's another photo showing the orientation of where the wires will connect and also the terminal strip screws when the turnout motor is mounted vertically under the layout.
Posted by nscalestation at 9:17 PM