The area around the Palisade tunnels is one of the more photographed spots on the prototype.  I suspect this is because a road called the Palisade Ranch Road goes right over the tunnel portals.  In some of the photos I have seen there is a barbed wire fence on wooden posts along the side of the road.  I have pointed out the path of the road and this fence in the photo below. 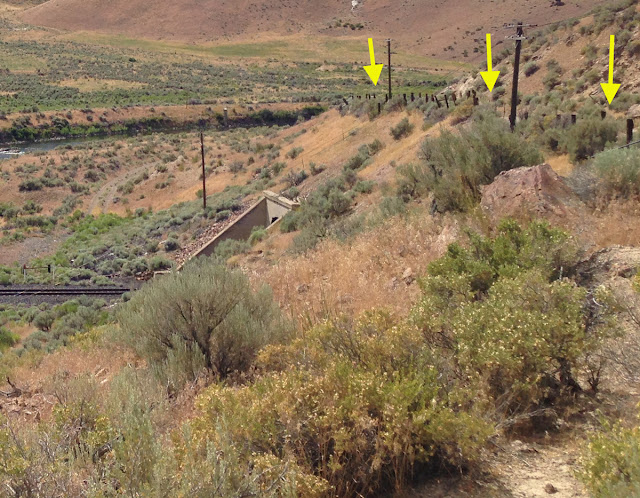 As I have included the road on this area of my layout I also wanted to include the fence. The other barbed wire fence that I have used on the layout at Weso has what appears to be steel poles and I can't find any more of that anyway so I decided I would try out the new Woodland Scenics barbed wire fence. 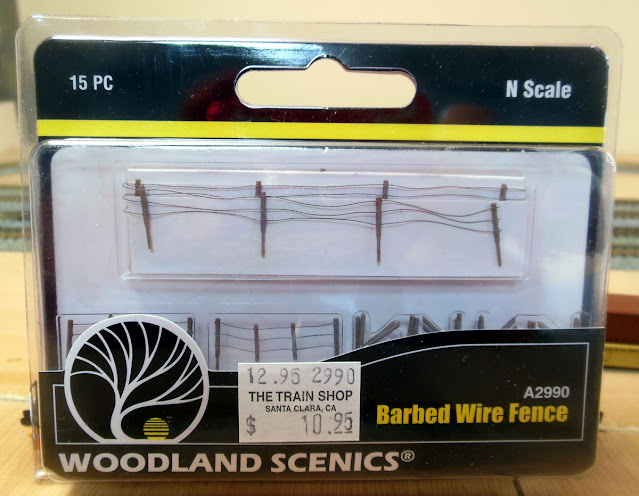 The kit includes one section of fence which is about 12 - 1/2 long, two small gate sections, and several extra posts with some having diagonal bracing.  My project needed about 18 inches of fence so I ended up buying two kits.   The poles are plastic and the wire is some sort of thread. 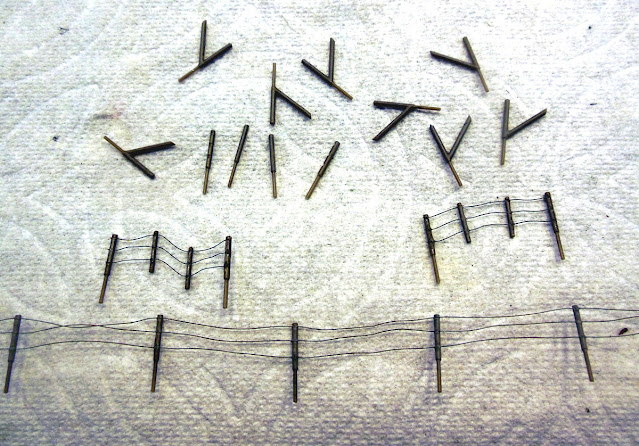 I basically followed the instructions included in the kit.  Starting from the back I planted the first post and secured it with CA (super glue).  After that dried I made a tool from an alligator clip and a paper clip that would hold the other end so I could make holes for the rest of the posts.  I set the 2 to 3 at a time.   There are no corners or gates so I did not use any of the extra poles.  Depending on the alignment of the posts, some of the threads are not uniformly tight but that's OK with an old fence.   I did break one bottom thread but was able to re-attach it to the post with a drop of CA. 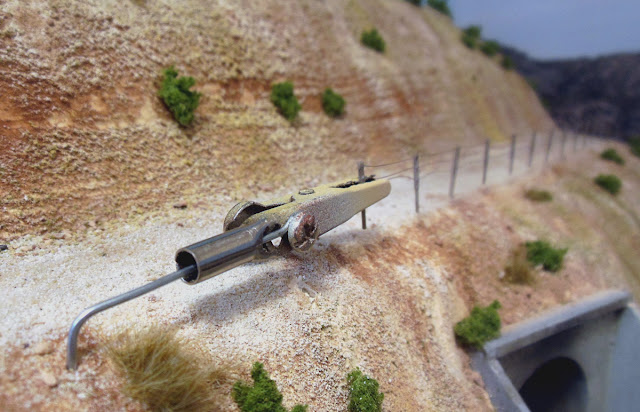 I am happy with the result.  After studying this new photo it looks like I could add some rock outcroppings and more brush to my scene.  I have also been wanting to try out some static grass and this might be an area I could do that.  At first I thought this kit rather expensive but it's actually about the same as the other barbed wire fencing I was using and this one fits the prototype better.  I have some left over that I may install somewhere else on the layout in the future as there are plenty of places on the prototype that have this type of fence. 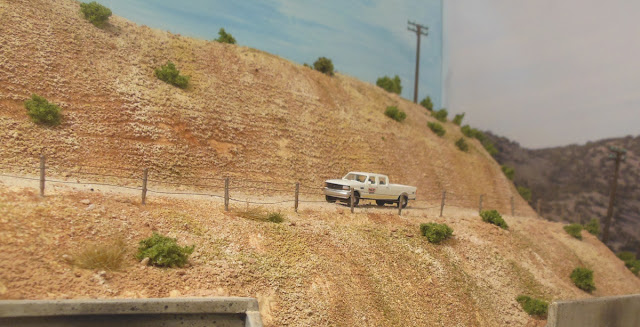 Posted by nscalestation at 10:48 AM