Securing equipment to a flat car

This is another installment in what will be a series of posts on my modeling of a military equipment train.  I was recently asked in a comment if I were going to chain these military vehicles to the car decks and what my technique was for doing that.

The subject of this chain down is one of the Micro-Trains M1 Abrams tanks.  These kits come with some etched metal tie down chains but I found those to be too fiddly for me so I fell back on a method I used several years ago on another project and used the model chain from Clover House shown in the photo below.  I have used this same method on cast resin, 3D printed, and injection molded models. 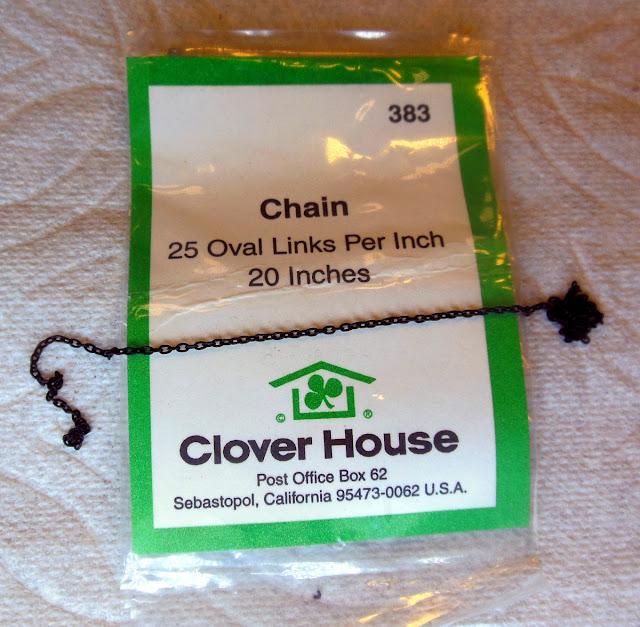 I use a staple from a common desk stapler as a pin to hold the ends of the chains.  One end of the staple is cut short and bent at an angle then the end link of the chain is slipped over it as shown in the photo below.   Then the short end bent at an angle is pinched closed with a pair of needle nose pliers.  The long end is then cut off to a length of about 1/4 inch. 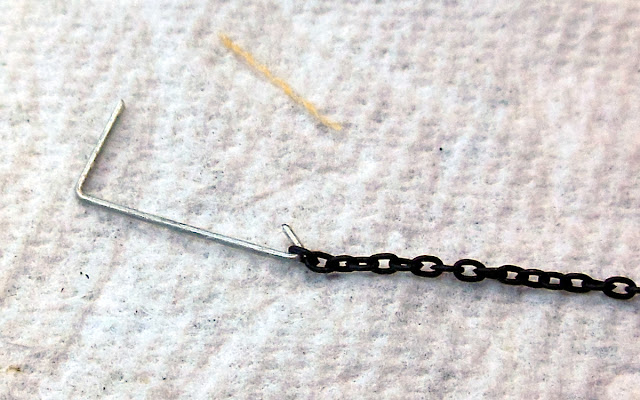 Using a pin vise with a .025 bit holes are drilled into the each side of the both of the body as shown in the photo below.  In the case of this model the body is hallow but if it is a solid body the hole should be at least 3/8 inch deep. 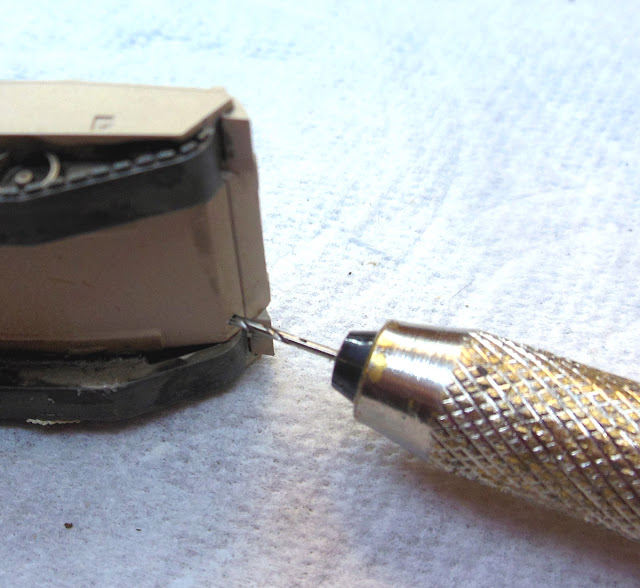 The chain / staple assemblies are inserted into the body of the model and secured with a drop of CA (super glue).  Touch up the paint as necessary. 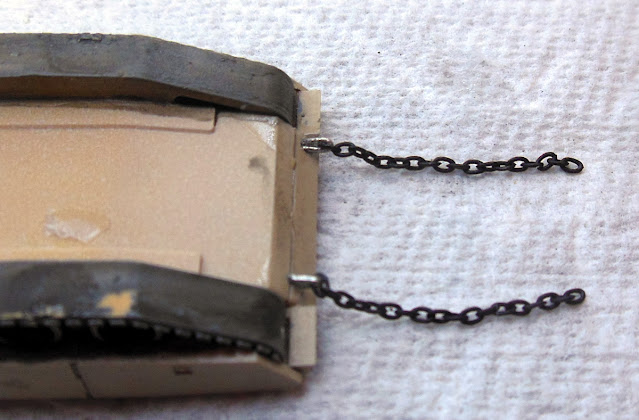 After all 4 of the chains are attached, the vehicle is attached to the flat car with a small amount of E6000 adhesive.  This adhesive will hold but can be removed if desired.  This M1 Abrams tank is actually slightly wider than the flat car so the E6000 is placed on the inner edge of the treads as shown in the photo below. 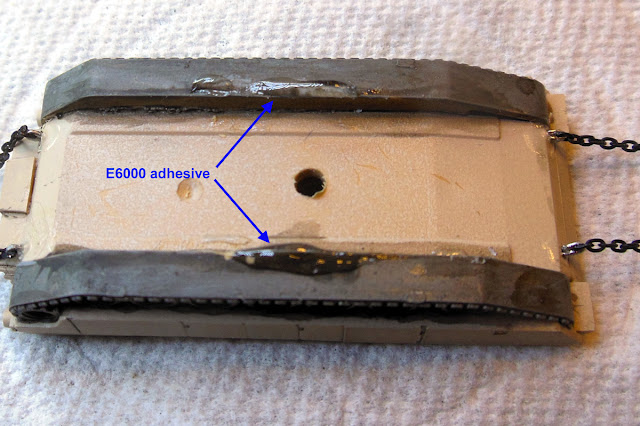 After the adhesive has set, the chains are pulled out across one another as shown in the photo below.  The chains are cut so that the last link is in line with one of the tie down tracks on the flat car deck.  A .025 hole is drilled at this spot and the other half of the staple is inserted through the chain link and into the hole.  This is then secured with a drop of CA. 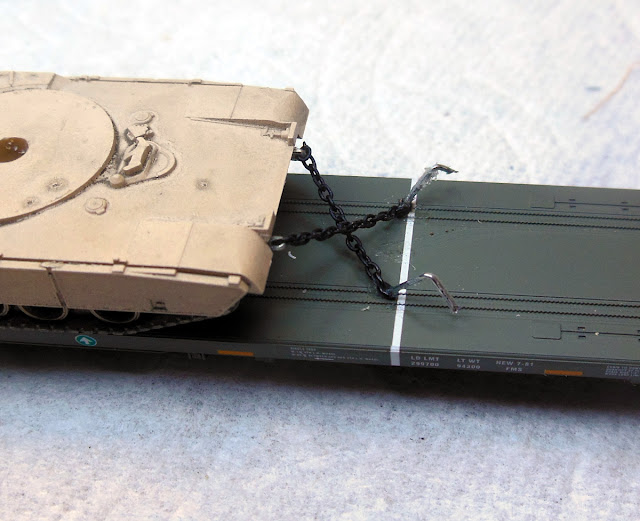 After the CA has set the paint is touched up on the deck, the chains, and the pins as needed.  Here is the completed car on the layout. 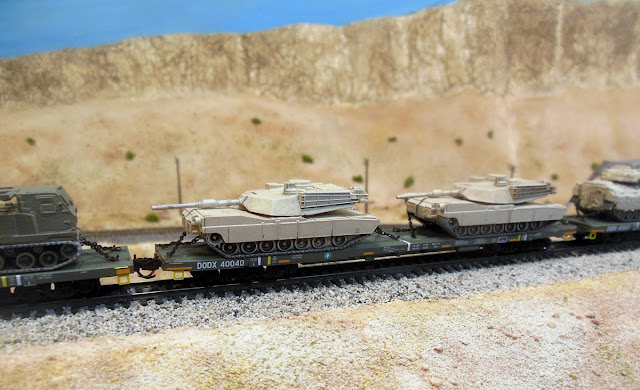 Posted by nscalestation at 10:14 AM