Kit bash of a Micro-Trains HUMVEE

Recently I purchased two of the Micro-Trains heavy duty DODX flat car sets.  Each set had 3 flat cars and a number of military vehicles.  Between the two sets I got a pair of M1 Abrams tanks, a pair of M270 rocket launchers, and 9 HUMVEEs.

The Micro-Trains HUMVEE is a nice model of the 4 door sloped back version but there are several versions of this vehicle as shown in the photo below which is a screen shot from a YouTube video.  I wanted a variety of HUMVEEs for my military equipment train so set out to modify a few of them. 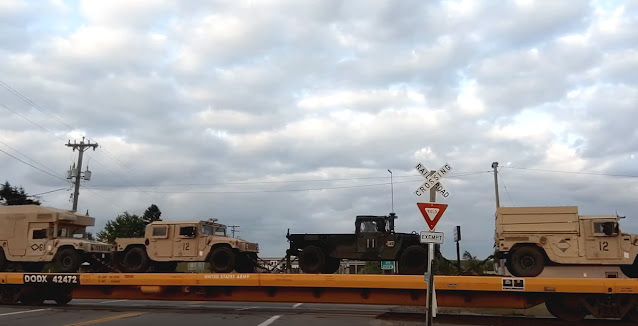 Because the model is injection molded it is durable and will tolerate quite a bit of modification.  The basic parts are the body, the chassis, and a clear window insert.  This is how I made a 2 door pickup version similar to the one in the far right of the above photo.  On the body he upper part of everything behind the front doors was removed to create an open truck bed.  A solid panel was installed on the back of the shortened cab and the turret hatch on the roof was sanded smooth.  Benches and side boards were added along both sides of the bed.   On the chassis a raised platform was installed to fit inside the bed.  The clear plastic insert was cut to fit inside the smaller cab. 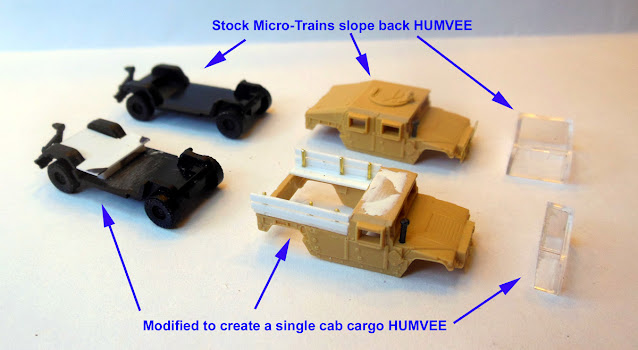 This is what the almost finished vehicle looks like after painting and weathering.  I did not add all of the details as I felt they were going to be too delicate for handling.  I did add the front screen, the snorkel, and the spare tire.  And I still do plan to add some mud flaps. 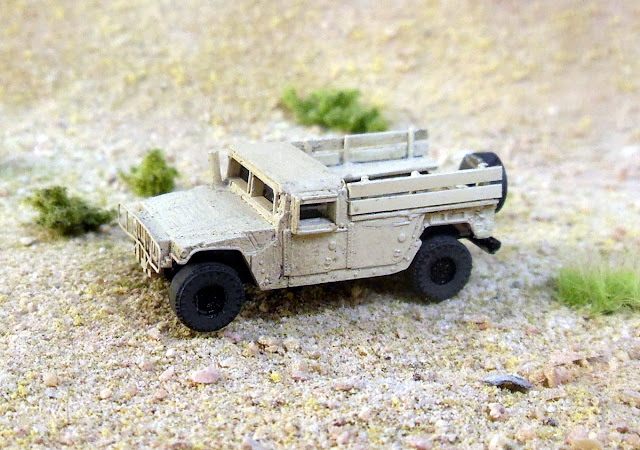 And here is another photo showing one that I assembled, painted, and weathered without any modification.  I am planning several more versions of the HUMVEE as I build up my military equipment train and some of those will be subjects of future posts. 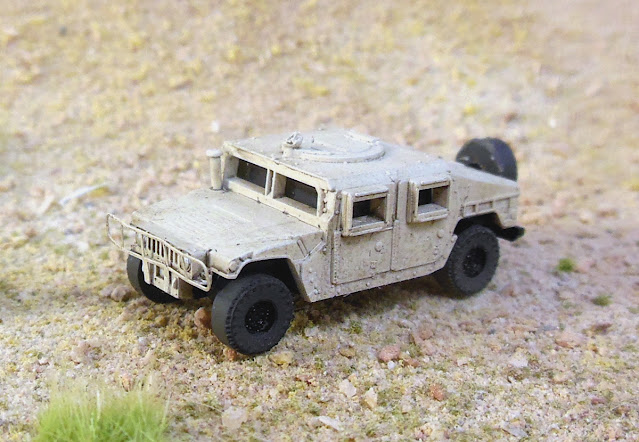 Posted by nscalestation at 8:50 AM