In the previous post I mentioned that I had purchased two sets of the Micro-Trains DODX heavy duty flat cars.  This is the second of what will be a series of posts related to my project to build up a military equipment train and vehicles to use as loads appropriate for my mid 1970's to late 1980's eras.   The US Army has a large maintenance depot near Susanville, California that has been there since 1942 and is rail served.  This depot is west of my modeled area on the WP/UP line.  It is reasonable to think that movements to and from the east would pass through my modeled area.

Again referring videos I have watched of these types of trains, it is noticed that there are other types of vehicles besides the ones offered in the Micro-Trains kits.   I discovered a great source for some of them at the on line hobby shop PnP Trains.  They offer a line of 3D printed N Scale military vehicle kits of great quality and reasonable prices when compared to other 3D printed vehicle kits I have purchased.

One of my favorites is this model of the M2 Bradley Infantry Fighting Vehicle or IFV.   Thousands of these were built and have been in service since 1981 so could fit into any of my three layout eras. 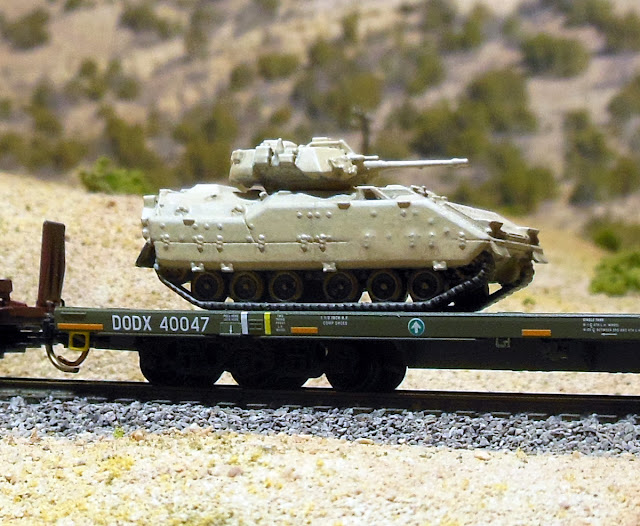 The HEMTT (Heavy Expanded Mobility Tactical Truck) family of vehicles has been around since the early 1980's so it also fits well into 2 of my 3 modeled eras.  This version, the M977 is the only version offered by PnP Trains. Hopefully they will do some other versions in the near future.  I would really like to get a couple of the M978 tanker version. 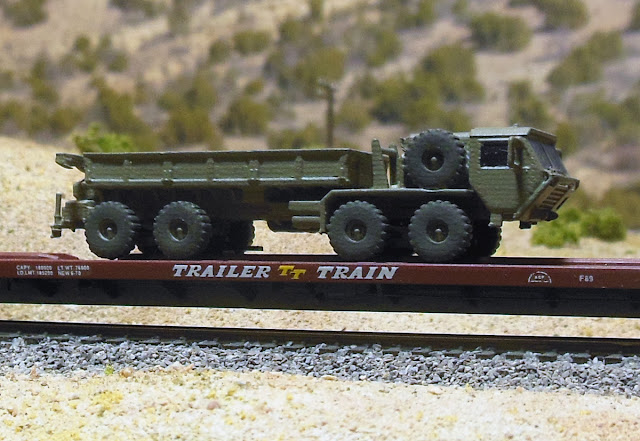 The M106 Mortar Carrier is based on the M113 Armored Personnel Carrier which has been in service from since the early 1960's so could also fit into any of my 3 eras. 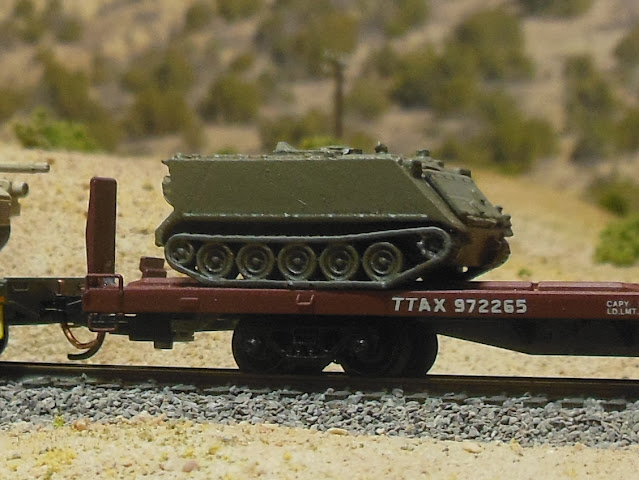 PnP trains also has a 3D printed HUMVEE that I did not get as I already have the Micro-Trains version but I did get this HUMVEE ambulance.  I still need to put the red crosses on it. 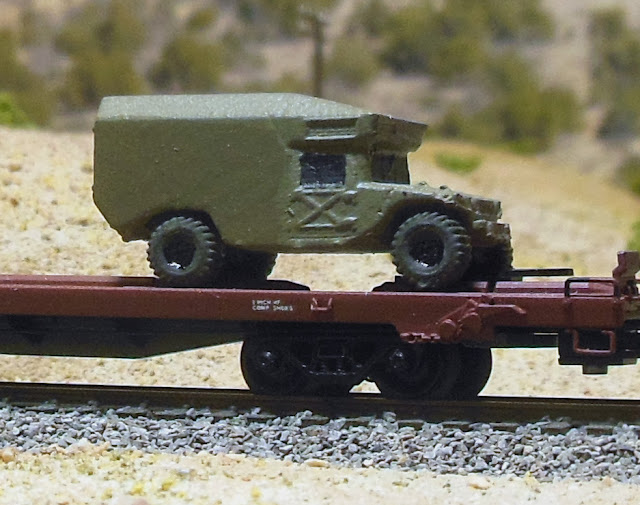 PnP Trains has several other military vehicles besides these.  Some are too modern for my era but others do fit in and I'll be ordering those to add to the fleet.

Posted by nscalestation at 9:28 PM