A different finish for concrete

As mentioned in the last post on January 26th, I did something a little different to finish the bridge abutments for the Palisade Ranch area.  I have never been really happy with the look of my concrete surfaces and have been experimenting with different colors and techniques.  I ordered just about every shade of light gray Model Master acrylic that I did not already have and settled on # 4762 Light Ghost Gray (F) as a base color.   The tunnel portals were also repainted in this color and one of them is shown below. 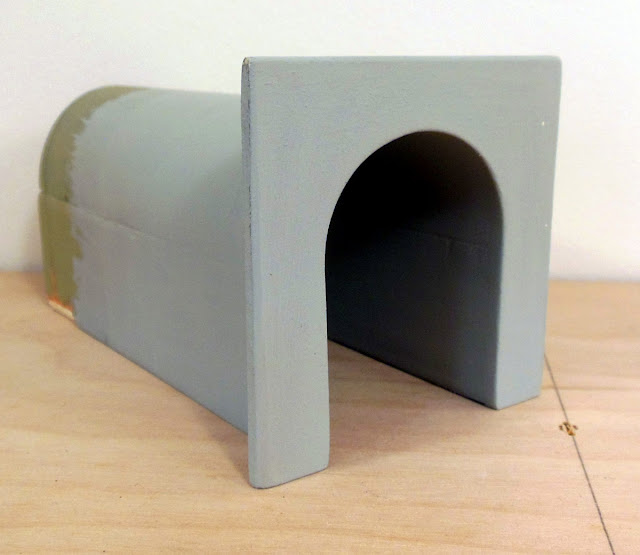 I saw in a Youtube video someone using a technique of splattering tiny drops of white and black paint onto a surface to give the appearance of the aggregate that can show up in a concrete surface.  So I gave it a tray.  It took some practice and some time but I found the results to be satisfying.  Besides white and black I also added some darker shades of gray and some brown.   One of the finished bridge abutments is shown in the photo below. 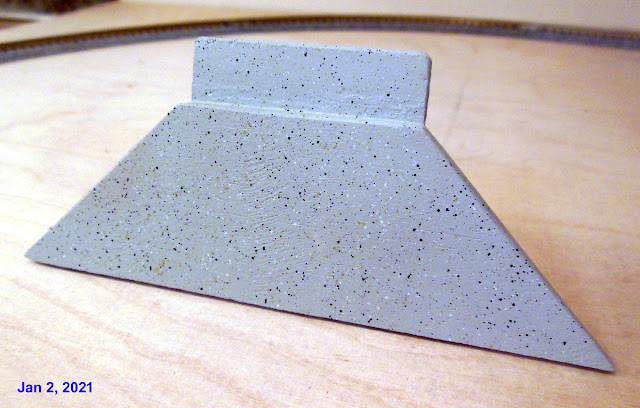 After some weathering with acrylic washes the same bridge abutment looks like this and I am ready to install it on the layout.  Once it is locked into the right position I cover it with painters tape to protect it while I am adding scenery materials around it. 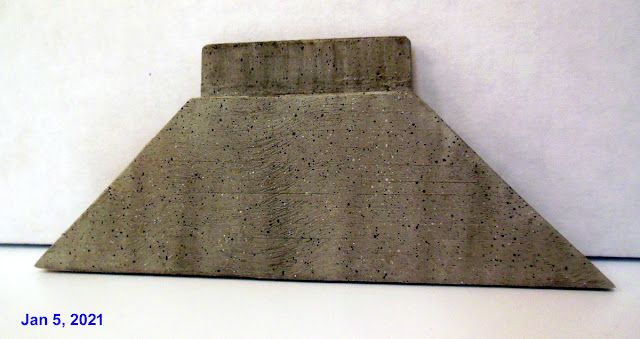 And here is that same bridge abutment after being installed and scenery material worked around it. 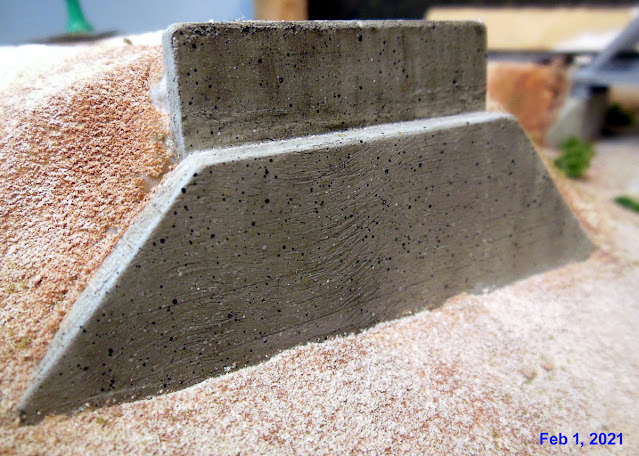 Posted by nscalestation at 9:13 AM

Email ThisBlogThis!Share to TwitterShare to FacebookShare to Pinterest
Labels: scenery