Palisade Ranch is shaping up

It's been a few posts since I have directly mentioned any progress on the current layout expansion and a lot has been done since then so I thought it was time for an update.    Almost all of the land forms along about 4-1/2 linear feet of the layout under construction have been completed.  The building of the mountain side that the tunnels go into will be done after the track has been installed and tested.

Bridge abutments have been made and installed for the two bridges near the Palisade Tunnels.   I did something a little different in finishing these bridge abutments and the details of that will be in a future post. 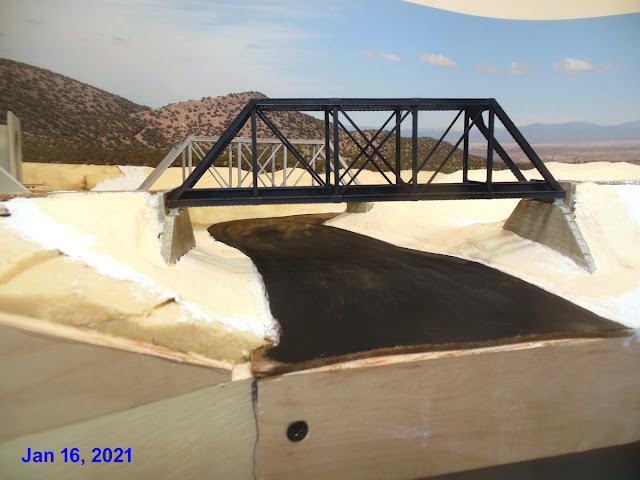 Much of the scenery along the back edge of the area is almost done and the concrete trestle has been installed.   The front edge will have to wait until I can get some more tempered hard board for the fascia. 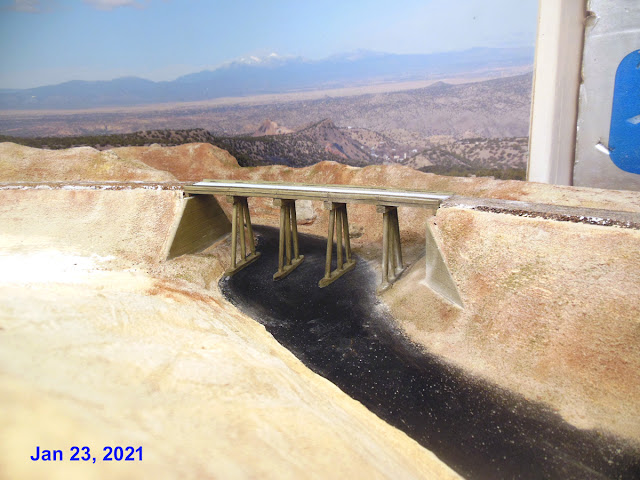 The track assemblies for both those bridges have been finished.  The bridge in the photo below will have Micro Engineering bridge track with guard rails.  The other bridge will use Central Valley bridge ties put into a section of Micro Engineering track. 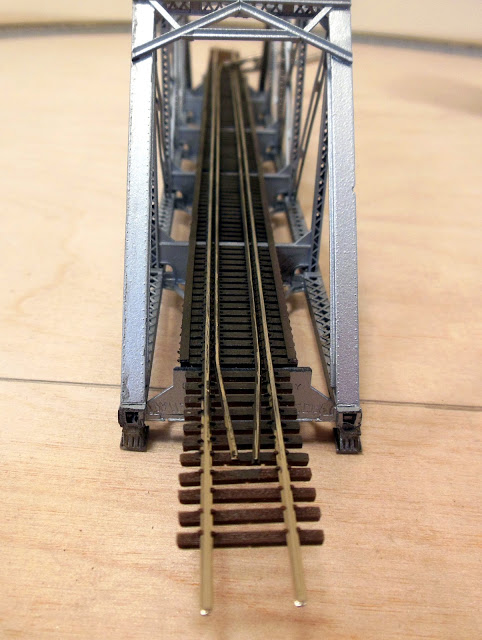 Posted by nscalestation at 7:57 AM