Adding wifi throttles to the layout

I had been considering adding another utility throttle when the Digitrax LNWI caught my eye.  The LNWI is a Wifi module that connects to the Loconet and will allow a smart phone with a throttle app to be used as a throttle.   These cost about the same as a wired UT4 throttle and will support several smart phone throttles. 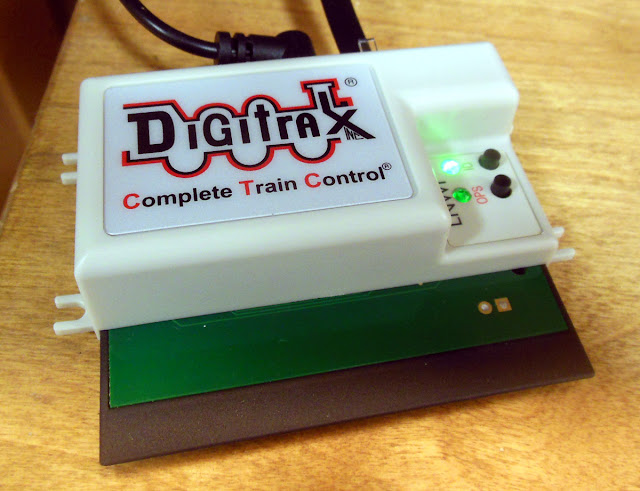 There was nothing to installing this new module, I just plugged in the power and connected it to the existing Loconet and it was ready to go.  There are several free throttle apps available and the one I am using is called WiThrottleLite.  It worked the first time I tried it, no problems.  I found the WiThrottleLite app very easy to use and it also has a flashlight function built in which may be handy when uncoupling those cars in the shadows. 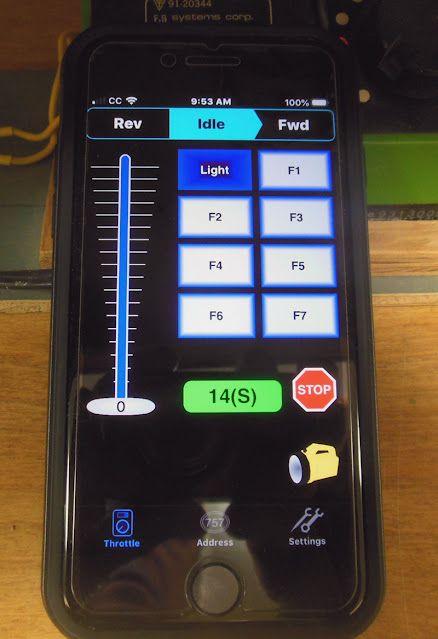 Posted by nscalestation at 5:07 PM