Not all tempered hard board is created equally

Almost two years ago I picked up a 4 x 8 ft sheet of tempered hard board to use as fascia and lighting valances on the layout.  I had never worked with it before and soon discovered what a great and versatile material it is.  I posted about this in the February 2015 post Installing fascia on the staging yard. 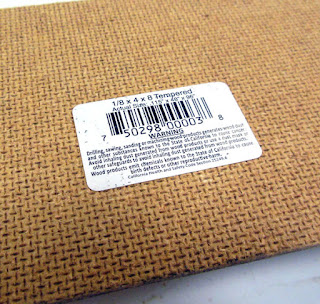 I had gotten that sheet of hard board at either Lowes or Home Depot.  It is a lighter brown and smooth on one side and fuzzy on the other.   I have used most of it up now and needed to get some more.

It just so happens that one of the small scraps left had the sticker on it shown in this photo. 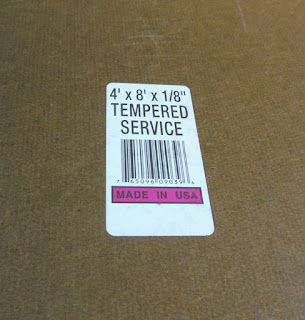 So off to Lowes I went and I found this.  It was a darker brown color and smooth on both sides but was the same thickness and was clearly labeled "tempered" so I thought I would give it a try. 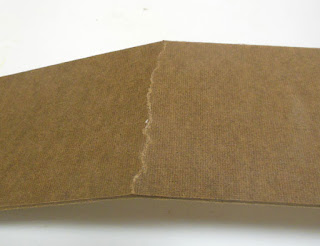 I quickly found out that my new purchase was not the same quality as the one I had bought before.  This photo shows a 4 inch wide strip that snapped when I attempted to bend it to the same radius that I had bent the lighter color product.  This happened with several attempts. 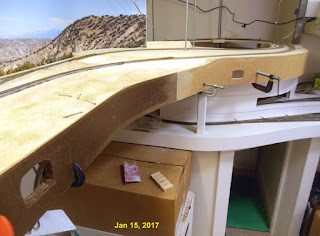 So while I shop for the better version of the tempered hard board, I will use this other version where I can on areas that don't need to bend much.

This photo shows both types used along the edge of the top of the helix and along the front of the Winneumcca section.

Posted by nscalestation at 1:05 PM