The lift gate across the entry doorway to the train room is about chest height on me from inside the room and about neck height when entering the room because of the ramped entry.  One day my wife came looking for me in the train room and did not notice the lowered gate and hit her head on it.  Both she and the gate were OK but it became a priority to make the gate more visible. 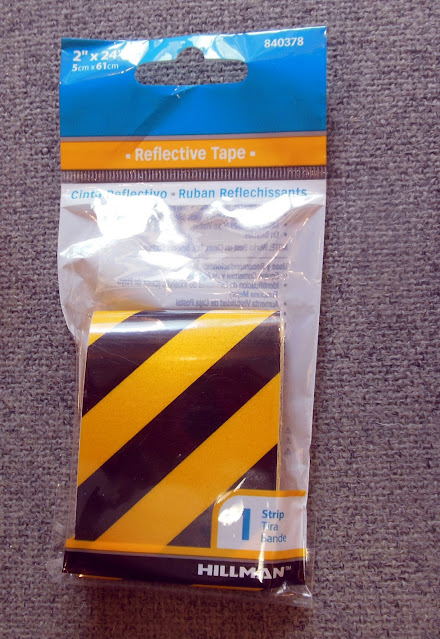 The first step was to visit the local hardware store and purchase 2 packages of this reflective tape shown on the left.

The tape is 2 inches wide and 24 inches long.  This was just right to fit along the edge of the gate on both sides.

On the same trip to the hardware store I found some 1/2 inch aluminum channel.  I used this channel to mount bright red LED's on each side of the gate.  These LED's turn on whenever the gate is in the lowered position.   Part of the channel and how the connections are made under the gate are shown in the photo below. 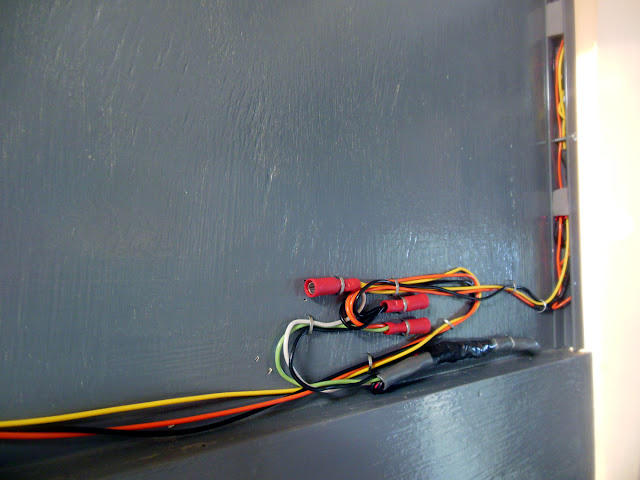 So this is what the gate looks like now when entering the train room.   The multi pair cable seen on the right end of the gate is for the LED's 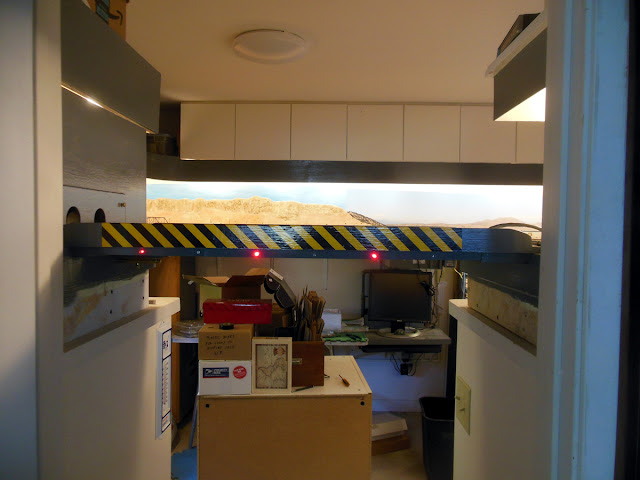 At around the same time the gate interlock circuit stopped working.  What had happened was that when the magnetic switch on the gate opened when the gate opened, the collapsing magnetic fields on the 5 automotive relays were sending a surge of voltage back to the switch contacts until they burnt out.  The common practice to have a diode across the relay coil to prevent this.  I normally do this on my PC board mounted relays but neglected to add it this time.  Surprised I got away with it as long as I had.  So the automotive relays got replaced with some relay modules that are designed to interface with the outputs of Arduino micro controllers and have isolation circuits on their inputs so should not have any more problems.  These were mounted on the same board under the Palisade Ranch area that the automotive relays had been.  Referring to the photo below the set of 4 on the right control the DCC connection to the tracks on the gate and it's approaches, one for each rail.  One relay in the set of 2 on the left are for the LED's on the gate. 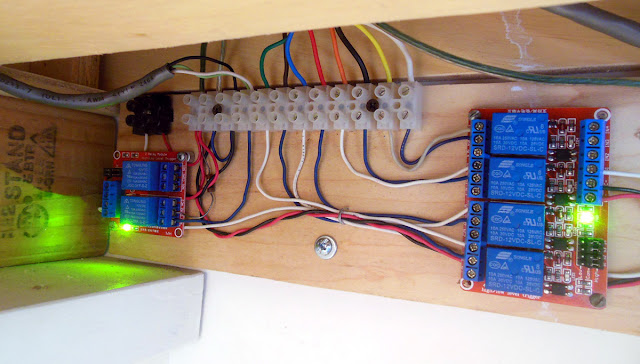 Posted by nscalestation at 8:09 PM