On the road again - Kennesaw, GA

Have not been working on the layout or posting on this blog for a couple months.  Had a week long exhibit in April with the Japanese layout then my wife and I took a long cross country driving trip to the southeastern US. 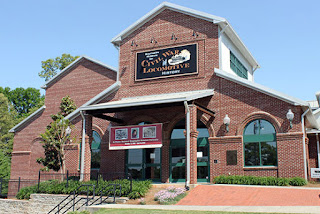 Our time in the Atlanta area included a visit to the Southern Museum of Civil War and Locomotive History.  It is located at the site called Big Shanty which is where Union raiders hijacked a locomotive and that started what has been called "The great locomotive chase" 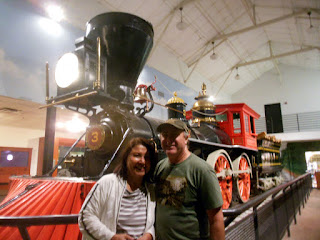 Here is Nona and I in front of one of the main attractions at this museum.  This is the original General locomotive.

This museum is full of exhibits on the civil war and railroading and we really enjoyed it.  Thanks to our friend Susan who we were staying with and who took us there. 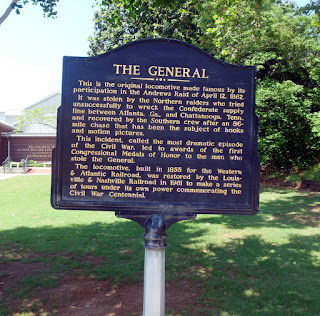 Before visiting this museum,  I was not very familiar with the story.  I now have a greater appreciation for this important episode in US civil war.

When we got to the museum it was raining but after finishing touring the inside we came out to clearing skies and sunshine. 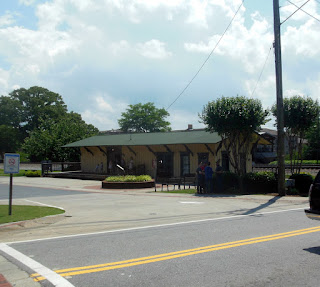 The museum is located in what is called the Big Shanty historical area.  Across the road from the museum is an old station that was built in 1908.  It is also a museum but was being used for a private function so was not open to the public when we were there.

Hopefully soon I will be getting back to work on the layout.
Posted by nscalestation at 10:22 AM