On the road again - Bozeman, MT

For about the past two weeks my wife and I have been on a driving trip with our travel trailer.   On trips like this I often come across railroad related things which make good subjects for a post and this time was no different. 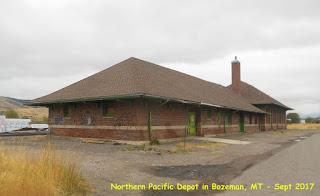 We spent a couple of days in Bozeman, Montana and while looking for a hiking trail near our camp I found this Northern Pacific depot.  It was abandoned and boarded up but looks like it has a decent roof so maybe there is hope for a future as a museum or model RR club. 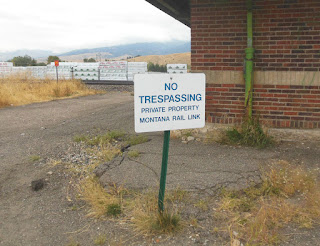 The depot was not fenced in but was clearly marked as being under the control of the Montana Rail Link RR.  The MRL main line was next to the depot site but I did not see any trains go by while I was in the area.  Did hear a few at night from our camp site. 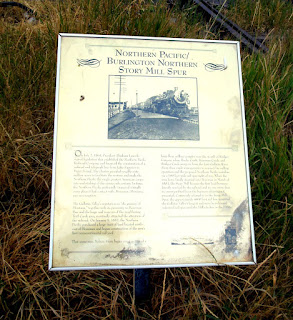 The trail started near the depot and there was this plaque that explained some of the history of what was called the Story Mill Spur. 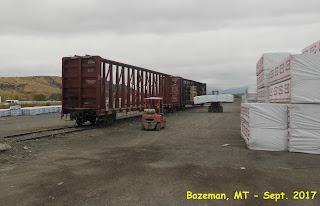 The trail had to follow a road for a short distance and cross the MRL main line.  Along side the road there were at least 3 different lumber operations.  No mill, just packaged lumber and also a spur for either loading or unloading of the product.  I could not tell which for sure. 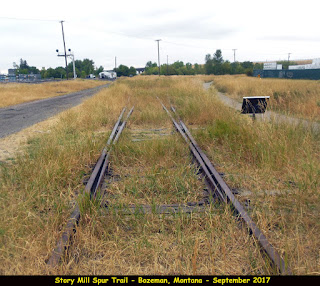 Along most of the trail the right of way was wide enough that the track was still in place.  In this photo both the trail and the track are seen side by side. 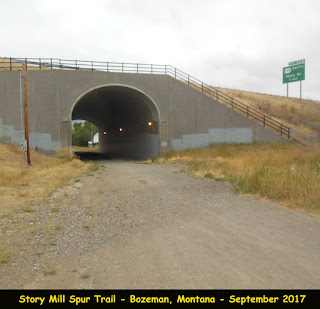 There was this spot where the trail passed under Interstate 90 where the tracks had been removed and then started up again on the other side. 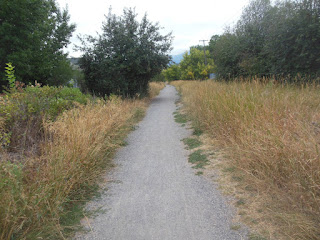 I followed the trail for maybe another 1/4 mile beyond the I-90 overpass and it looked something like this photo.  The old railroad tracks are still there in the weeds to the right of the trail.


Posted by nscalestation at 8:36 AM