My Digitrax throttles of various types have taken quite a beating over the years getting dropped after being set on the edge of layouts and just being used a lot.   I hope to take better care in the future with the throttle holders I built late last year and explained in this post. 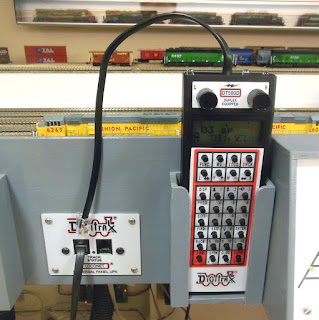 I recently got around to purchasing a new throttle and ended up getting the DT500D which is the only one now offered by Digitrax.

This throttle has some new features I like such as being able to actually turn it off without removing the battery which was the cause of some of the excessive wear and tear on my old throttles. 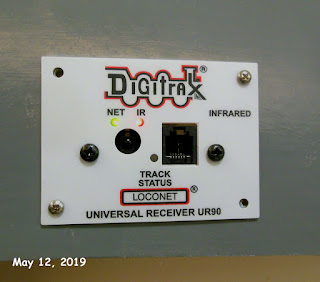 To go along with the new throttle I also got a new UR90 Infrared ( IR ) receiver.  For this layout IR works just fine and the UR90 is less than 1/3 the cost of the UR92.  I also found out that my old UR91 that I was not sure was working at all does still work as an IR receiver so with it at the other end of the layout the coverage is very good. 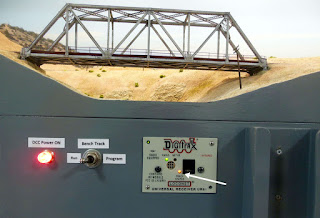 After creating a place for the DCC system in a drawer, I found myself opening the drawer to check the track status light on the command station.  Then it occurred to me that I should connect the track status LED on the panel, Duh ! 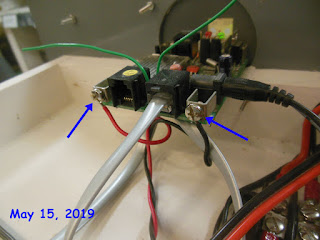 This was really easy to do as it just required running a pair of wires between the command station output and the two screws on the back of the panel pointed out in this photo with blue arrows.   Eventually I would like to do this for all the panels on the layout.

Posted by nscalestation at 12:20 PM