The bright lights of Winnemucca

At the west end of the scenicked area of the layout is Winnemucca, Nevada.  In the era I am modeling Nevada had only a handful of towns with a population of over 10,000 and Winnemucca was one of them.  It sits right on Interstate 80 and has all of the types of businesses that are common along Americas Interstate highways but because it's Nevada there also has to be at least one Casino. 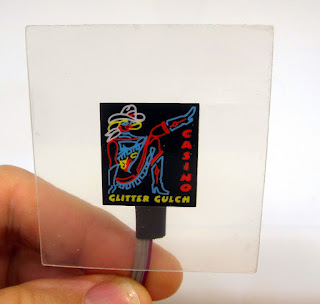 I found this little Miller Engineering sign on ebay which just seemed to be a good fit for a small casino.   This kit is designed so that it could be mounted on a wall or on a billboard frame which was included.

I found out later that there actually is such a sign on Fremont Street in Las Vegas but without the casino part because it was a topless bar. 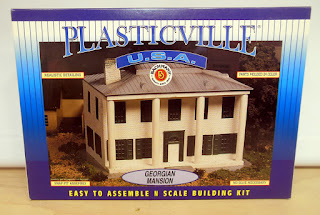 Next I needed a building that could work for a small casino.  I have had this kit sitting around since the 2000 National Train Show when Bachmann was giving building kits away and decided to use it. 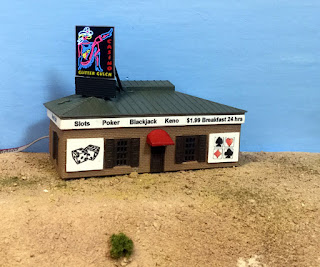 After a bit of work this is what I came up with.  This is most of the lower level of the Bachmann building.  Some windows are covered with posters.  Could not get the etched metal frame for the sign to fit right on the roof so made my own from Styrene strip.  Still need to develop the site for the building.


Posted by nscalestation at 5:02 PM